learning to listen to different forms of success 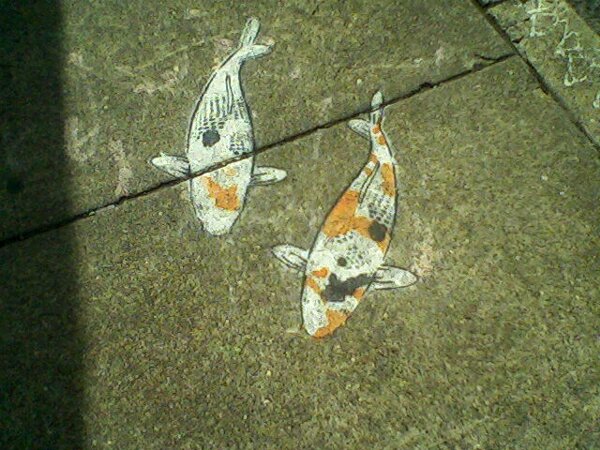 Good morning, good morning. The sun outside is bright egg yolk orange, just over the Oakland hills. How is the morning finding you today?

I have been thinking a lot about success and failure these days. I’ve been caught up quite a lot in comparing myself to others who are more successful, according to our American standards: folks who have high-paying jobs, folks who own houses, folks who are able to travel wherever and whenever they want, folks who have money and access and what I assume is a kind of ease. Do you do this to yourself, too?

Here’s what came of this rumination at this week’s Meridian Writers group on Wednesday morning:

She has failed to grow up and become a successful business person.

Every month she gets a magazine in the mail. It comes from the alumni association of her undergraduate college. Against anything that’s good for her, every month she brings this magazine into her house, sits down with it, flips it open to look at the faces of alumni who are achieving. Making names for themselves. Successful. Here are the politicians, the scientists, the social entrepreneurs, the designers, the computer programmers, the movie and television producers, the hedge fund managers, the actors. The writers. Every month she scans the list of books published recently by other alumni. she hopes not to see the name of someone she knows. She hopes none of these now-published writes graduated after her. If they are older than she is, she’s a little easier on herself: she still has time. She scans the personal essay section, to which she has once again failed to submit her own piece, the story she’s imagined sending to them for five years. Every month she undertakes this self-flagellation, looking at the faces of former classmates who now head law firms, run major organizations, made millions of dollars selling their ideas to Silicon Valley. She tortures herself with the faces of the just-graduated, the young-and-up-&-coming who already warrant press coverage for their achievements. Every month she reminds herself that she is a failure.

No matter that she runs her own small boutique business that succeeds well enough to allow her to pay her rent most months. No matter that she has a life full of color and laughter, morning sunlight, a cat who curls next to her on the couch and purrs while she writes in her journal. No matter she knows — somewhere inside — that she has enough, so much more than many: a safe home, a full refrigerator, lights and water and heat that turn on when she wants them to. She has a small garden plot in the community garden down the road where she can dig her fingers in soil, where she tends the fat hands of chard, tall cosmos and hollyhocks and borage and lavender and salvia, tends tomato and broccolini and a small thicket of herbs. Never mind the pots of basil and feverfew on her windowsill, the chickadees and house finches and goldfinches that visit the bird feeder she’s hung from the bottlebrush tree just outside the window near her kitchen table (which is also her office, also her desk).

They never tell her own particular kind of success story int he alumni magazine — about the thousands of students who left the college grounds and did not become standouts in their fields, at least not in the headshot-press release- TED talk- thought leader kind of way. Instead, some of those folks went out to craft small and beautiful lives that tendriled through the communities in which they settled, made home and family, or didn’t, figured out how to survive during the days or months or years when getting out of bed took all the energy they had to spare. They grew to know themselves well, if they succeeded at staying alive, and learned to listen to different forms of success: the kind that goes unreported except in poems, in novels, in glances with strangers across the subway on a chilly February morning.

It’s so easy to compare ourselves to others and come up short, negating the beauty and power in our own lives in the process. There’s an image that cycles through the desktop photos I keep on my computer. It reads: Comparison is the thief of joy (attributed to Franklin Roosevelt). I keep it there because I have to constantly step outside the compulsion to compare myself negatively to others — why are they succeeding when I am not? (Meanwhile, I never tried to succeed at what they are doing, which doesn’t stop me from beating myself up anyway for “failing”!)

Yesterday I thought, It makes about as much sense for me to compare myself negatively to those who went out and worked in the corporate sector or got law degrees or became programmers at Apple or Microsoft or Google as it does for me to compare a fish to a dog and then call the fish a failure because it can’t run on land and chase a ball.

Albert Einstein is supposed to have said, “Everybody is a genius. But if you judge a fish by its ability to climb a tree, it will live its whole life believing that it is stupid.” That’s what I mean.

I have had (am having!) an artist’s life. A successful artist’s life — by no one else’s standards but mine.  What an extraordinary thing to be able to say. I may not be as successful yet as I’d like to be as an artist, but I have absolutely succeeded in creating an artist’s life. When given the choice between money and time, I have chosen time — almost always. And so, rather than being caught behind a desk doing someone else’s work, I have been out wandering, watching the world, reading books, talking to cats and birds and city squirrels, putting my feet in the surf on a weekday morning. And I have written in cafes all over Northern New England, Omaha, San Francisco and Oakland. None of that time has been wasted. Not even the many years spent just trying to let it make sense that I was alive and had control over my own life, when something in me had believed my stepfather when he’d told me I’d never get away from him.

When the artist, the writer, finally publishes her book, the one that’s well-received, gets recognized, gets her that interview on Fresh Air, we look back at all the time she spent not making money, all the time she spent writing and paying for groceries with her credit card, and call it not wasted time but time becoming an artist, becoming the writer she was meant to be. Until that happens, though, her life looks a lot like ours (we who are not among the literary elite, or even the well-published): we make decisions others can’t understand. We write instead of going to parties. We go to bed early instead of going out with friends because we want to have those early morning hours for our writing. We write on our lunch breaks instead of networking like our coworkers do, the ones who want to stay with the company, the ones who want to rise in the ranks. We don’t care about the ranks — at least not the ones at the company.

We write because we want eventually to publish and see our names on the spines of those objects that have been beloved to us since before we could speak: the books read to us by parents or sisters or aunts or cousins, the books we took into our own hands as soon as we could. Those not trying to live our sort of life, or too afraid to do so, may not understand us. There are those comparing themselves to us, too, and coming up short in their own eyes, though it’s hard for us (at least for me) to believe that.

It’s easy to get invested in the story of failure. Today I’m working to look through other eyes, to step outside the ring of comparison (where I always get pummeled on the ropes), and remember that, as a fish, I’m doing just fine.

This entry was posted in Uncategorized and tagged meridian writers, radical self acceptance, revisioning our success, struggling with failure, what it means to fail, what success means, workshop write. Bookmark the permalink.

2 responses to “learning to listen to different forms of success”