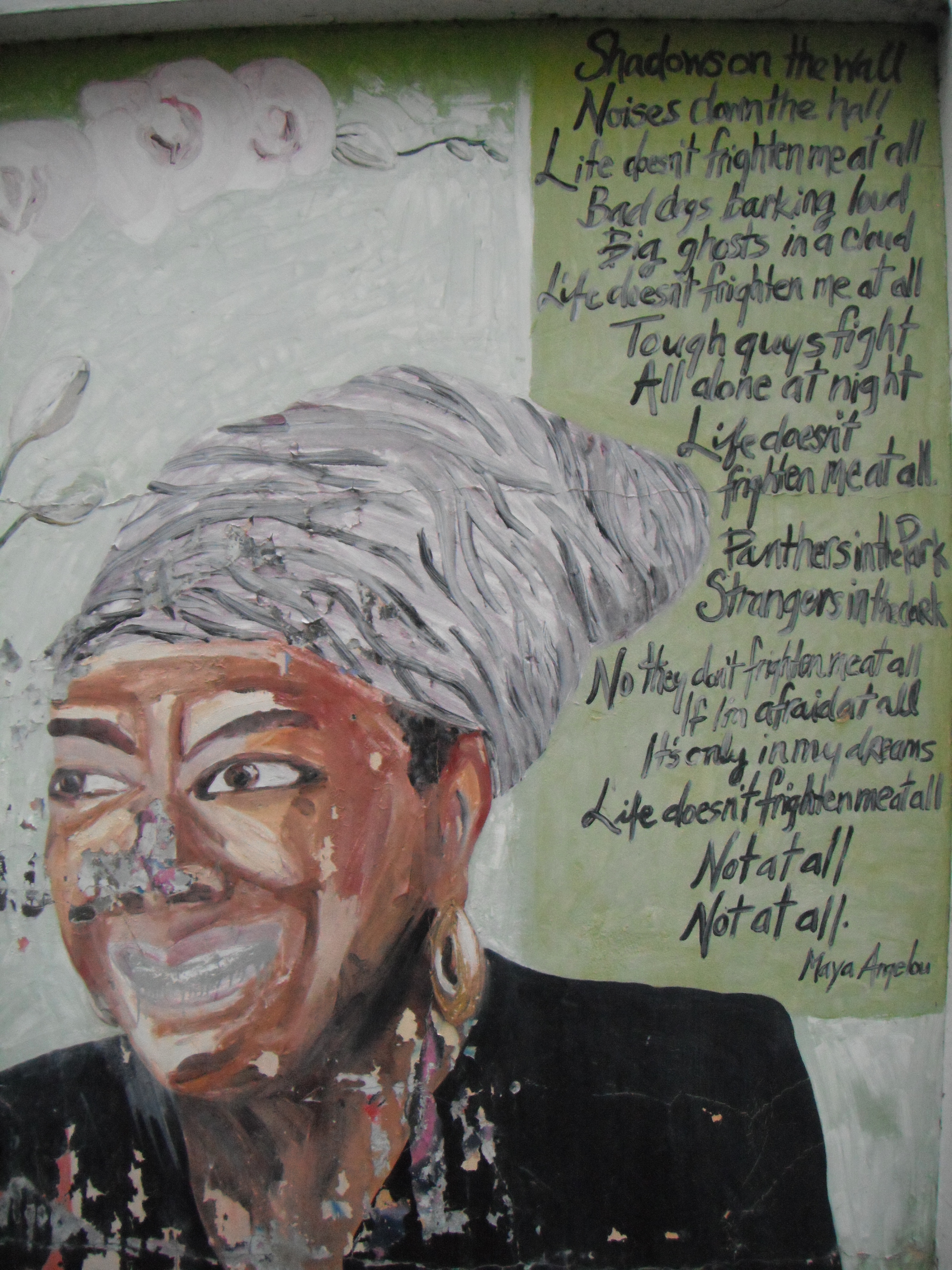 Poetry is nearer to vital truth than history.  – Plato

April is both National Poetry Month and National Sexual Assault Awareness and Prevention month. A few years ago I noticed that intersection and thought, That sounds like writing ourselves whole month. So, every April, I like to take a little time and reflect on these intersections that we who are trauma survivors who write walk within every day.

I have just returned from helping to facilitate a training of new AWA writing group facilitators. During the five days I spent with these folks — each of whom already knew how powerful it could be to write openly with others, taking risks with content and craft — I reflected on my own trainings, way back in 2001 and 2002.

I had never participated in anything like an Amherst Writers and Artists writing group when I showed up, shorn and ragged and scarred and scared, for my first facilitator’s training at Pat Schneider’s home back in the summer of 2001. I only knew that writing had saved my life, and I wanted to work with others for whom that might also be true. I’d taken one creative writing class in college, and one poetry workshop outside of school, and I’d never quite felt like I fit in any space that called itself “for writers.”

Pat’s method was a surprise and a revelation to me. This was a place where you could write whatever you wanted and no one could ask you if it really happened like that. No one could demand that you tell them more. No one could turn you away for your words. Your words would be welcomed and honored immediately. The facilitator wrote and risked and shared with us, rather than claiming the high ground of unassailable wisdom so many teachers led from.

Robert Frost wrote, “Home is the place where, when you have to go there, they have to take you in.” Maya Angelou said, “The ache for home lives in all of us, the safe place where we can go as we are and not be questioned.” Having been turned out of home when I was 21 for the crime of asking my stepfather to stop demanding that I have sex with him, and as someone who had come to distrust the concept of home altogether, I was astonished to find that these writing circles could become a place of home in community with others: when we came there with whatever words arose in us, we were welcomed. Our words were attended to and responded to — people heard us when we spoke. No one analyzed what we wrote, and no one pretended like we hadn’t said anything.

I have been working and growing within these writing groups ever since. I am a writer now because of them.

Audre Lorde wrote, in her essay “Poetry Is Not a Luxury,”[Poetry] is a vital necessity of our existence. It forms the quality of the light within which we predicate our hopes and dreams toward survival and change, first made into language, then into idea, then into more tangible action. Poetry is the way we help give name to the nameless so it can be thought.”

Many of us already know the power and necessity of poetry and other creative writing to give voice to that which has not yet been spoken or listened to. We know how poetry and can heal what we didn’t even know was wounded in us, can teach lessons that don’t get learned any other way, can express what we believed there were no words to express.

We learn, too, that writing can be a way of knowing, and a way of engaging with what we might know, or could know — these last being especially useful for trauma survivors, for whom memory can be like a half-rotted film strip, with much of the imagery lost or fragmented, but here and there, a clear sharp sound, that bright flash that means everything.

I hope you find time to be with your favorite poems this month, and maybe discover some new ones, too. I hope you risk being changed by a poem, one you write, or one you read. Or both.

This entry was posted in Uncategorized and tagged Audre Lorde, Maya Angelou, NPM15, poetry is not a luxury, SAAM, WriOursWhoMo. Bookmark the permalink.

One response to “survivors writing: happy writing ourselves whole month <3”