extra:ordinary – Creation is the Opposite of Destruction 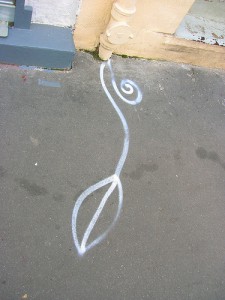 (This week’s contribution to the extra:ordinary project (stories of everyday surviving and resilience) comes from Marissa Korbel of San Francisco, CA. In her piece, Marissa talks about the power of namings —  the pain of being named, and the necessity of finding our own names for our own experiences. After you read her powerful piece, you can find out more about Marissa and her work at marissakorbel.wordpress.com.)

Creation is the Opposite of Destruction

I didn’t call it was abuse when it was happening. This was confusing later, because it was reported as abuse. After that, I let everyone call it abuse because that word made sense to them, even if I found it confusing; I was confused about everything anyway. I had labeled it all wrong to begin with. I was usually wrong.

I told a few people about it while it was happening, but it was like telling your friends about the guy you were seeing. Sure, he was 43. Sure, he was our teacher. But I talked about him like I talked about any boyfriend. Giggling. Bases. None of them seemed surprised; I got who I wanted usually. Seducing a teacher seemed like a natural progression.

Then one day, it became abuse. Someone else’s word slapped onto my life. I was powerless. She told because, she said, she had to. I couldn’t stop her. I couldn’t save him. I felt like a victim then, but not his victim. Hers.

I always imagine police at his door. The handcuffs. The charges. The rape word. I imagine the wife crying, and the baby crying too. I feel bad that it happened that way, but I didn’t know how to change it. Still don’t.

The first therapist said that my consent was a delusion. She called it lying to myself. She told me I was confused. She said I was raped, but I didn’t feel raped. She said I was wrong. I wanted to punch her in the face. She looked right past me.

I got another therapist.

This one let me say what I wanted. She let me say consensual. She didn’t talk a lot. I paid her to listen because my friends were all tired of listening — they’d already told me so. Listening was her job, so I didn’t feel guilty when I talked the whole 50-minute hour. I always left the money on the side table. It was an economic exchange.

I survived by making it a cocktail party story. I tell it when I’ve had enough to drink that the world gets  fuzzy and warm. I say: Want to hear something crazy? When I was 16, I slept with my married teacher. Oh yeah, he got in trouble eventually. Oh yeah, he’s still around.

I survived by casting myself as Lolita. I told a poison ivy story, an erotica story where the sexy older dad goes down on the babysitter while the kid’s asleep. I survived by making it a positive. I survived by magical thinking: I had all the power. I ruined his life, not the other way around.

I started writing a whole book. A memoir. I listened to my coach who said that I had to make myself a heroine. I made myself a literary character. I gave myself choices. I let everyone off the hook. I had compassion for my parents, for my teacher, for the reporter and the social workers and the criminal justice system. I forgave them all as I rewrote my book.

I forgave myself the most.

This entry was posted in Uncategorized and tagged extra:ordinary, finding our own words, naming, sharing our stories, writing about trauma, writing what matters. Bookmark the permalink.

One response to “extra:ordinary – Creation is the Opposite of Destruction”