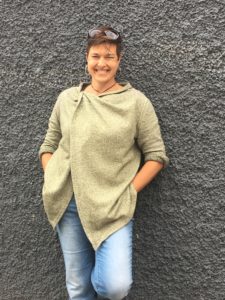 I’ve been in love with writing, words and books since I was very young — and after my experience of trauma as a teenager/young woman, it was writing that brought me back into my breath, my voice, my possibility. I’ve been publishing my work since the late 1990s.

I’m an experienced group facilitator and have been certified in the Amherst Writers & Artists method, described in Pat Schneider’s book Writing Alone and With Others, Oxford University Press (2003).

Dorian Katz wrote about our first writing group (and the Dirty Ink  troupe that grew out of that group) in Clamour Magazine, Volume 34, Sept. 2005.

In 2013, I returned to UC Davis to speak about using writing to transform trauma, as a part of UC Davis’ year-long campus engagement with the Nicholas Kristof and Sheryl WuDunn’s book, Half the Sky: Turning Oppression Into Opportunity For Women Worldwide. (Click here to access a list of lecture videos from that series; scroll down to find my presentation on 10/31.)

I got to talk with Jianda Monique about the workshops and writing as a transformational/liberatory process on her Lesbian Relationships Podcast.

Here’s another brief interview on the Goddard IMA blog where I talk some about how I came to be doing this work. 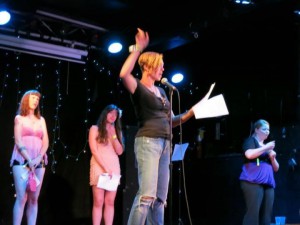 Before and after that, I worked at social justice organizations in Portland, ME, and San Leandro, CA, as an advocate and psychoeducational group facilitator for domestic violence survivors.

I’ve led workshops and/or performed at:

I love writing with community and student groups — please contact me to organize a writing group project for your organization or group!

Click here for more information about where to find my writing in print.