What we were looking for

Posted on February 28, 2022 | Comments Off on What we were looking for 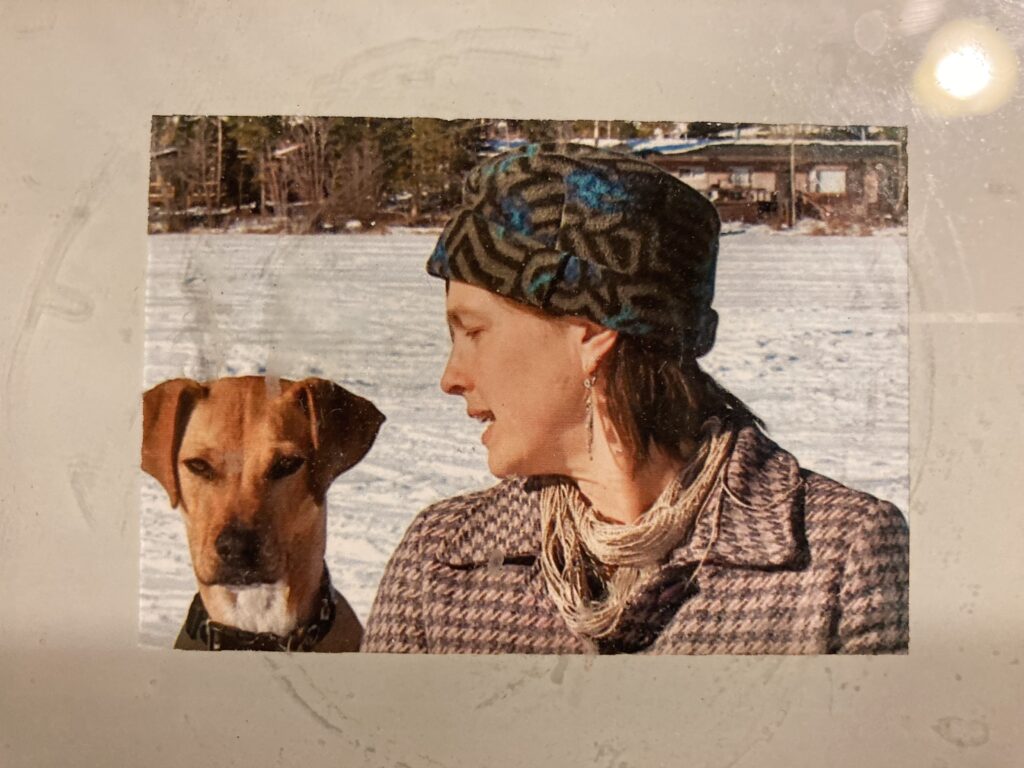 “Someday we will find what we are looking for – or maybe we won’t. Maybe we will find something much greater than that.”

(No one seems to know who wrote that phrase — have you seen it attributed to anyone?)

Good morning, good morning. My alarm went off at 4am and now it’s quarter to 5 and I am just settling in. The candles are flickering and I have my tea and I’m pushing in. What I want is to just read for awhile and then go back to sleep. I haven’t looked at Twitter in more than a week now; maybe just a moment when Russia invaded Ukraine, to find the feed of an Iranian-Georgian woman I follow, just to see her thoughts, but she was focused closer to home.

I just got back from a week in Colorado with family. We played in the snow, we huddled inside and watched the birds at the feeder (and then a fox for awhile, drawn by some little animal under the snow), we played games and made meals together and visited the spots we romped in when my sister and I were kids and generally got to be something like normal.

At my dad’s there’s a picture of the puppy and me from Xmas 2011 – just a few  months after I’d brought her home to live with me. My ex and I had driven to Colorado from california for the holiday, and had brought Sophie with us. We stayed at Motel 8, maybe, on the way over and the way back, one of the places that will let pets stay in the rooms with you. In the picture, I’m wearing the pink herringbone coat I’d bought in California, the closest thing I had to a winter coat, and the blue and green fleece hat that I’d brought out west with me from Maine (and that came right back to Maine with me when we moved across the country to the East Coast again). I have on the 40s-style drop earrings that I’d found maybe at Macy’s in the early days of my high femme period. Nothing about my costume coheres. It’s jut what I had, all combined to try and keep warm in the Colorado mountain winter.

Sophie is next to me – the photo is just of our shoulders and faces. She has on her first red collar, and her brown fur is bright against the snow in the background. In the picture, I’m looking at her, and she’s looking off into the distance, away from me. Her eyes are squinted, maybe against the too-bright winter light. She looks serious, a little as though she’s irritated—like she wishes I’d stop talking so that she could go off and do something else, so that she could watch whatever she’s watching in peace. That little squint of seriousness is what captivated me this time. I’m imagining my father was taking the picture of us, was asking us to look up, look his way. She looks a little crabby, a little like she wishes I would stop talking at her, like she’s putting up with me.

I couldn’t stop looking at this picture during the visit – every time we got to my dad’s house from our airbnb, I’d pick it up again and show it around. Look at how cute she is! I wanted someone else to see, to appreciate with me — but what was I wanting them to perceive? Her attention away from me, how she was watching the distance for what was coming, how she could clearly see, far more than I could, that something big and important was headed our way?

In the picture I’m 39 years old, Today I’m 49. More has happened in the intervening years than I could have even known to imagine.

Also this week my dad brought out my high school senior yearbook — we were not in contact at the time I graduated from high school, but he was able to call the school and buy a copy of the annual. Do I want to talk about what it was like to go through this book again after so many years? Maybe I’m not ready yet. But it does help with research for the novel I’m editing that’s set in the 90s. So much long wavy hair and tight curls and popped collars and high turtlenecks and the faint light filtered around us in our senior class photos, our faces illuminated as though we’re the brightest thing in the room.

I could write about the baking incidents in Colorado – there were several baking disasters, maybe that’s how I can say it, but I’m not ready yet for that writing. Something difficult got dislodged, something old, with each of these successive goings-wrong. Something about how I can’t do anything right, I always bite off more than I can chew, I never pay attention, I act without thinking and then things go wrong – and so the cake has onions in it, pyrex shatters, the knife slips off the bread and goes into my fingers instead. It was a week of disasters, though I imagine no one else would think of it that way.

Those voices, those messages, are so old — so much older than I am now — and are speaking to someone I’m not anymore. They’re speaking directly to that girl in the senior yearbook, the one smiling, the one who looks like she’s having a good time, she’s enjoying her life, she’s involved in clubs, the little magazine;  there she is sitting on the floor on spirit day in all of her bright colors, there she is leaving the christmas dance in her strapless dress, her hair curled down around her shoulders, her makeup flawless. She’s going to go home and have her stepfather meet her in the hall in the darkness, she’s going to have to pay some sort of tithe just to get through the door and up to her room. But in the picture she looks normal. We all do. We all look like everything is fine, like we’re having the time of our lives, like these are the best days of our lives — isn’t that what the songs said?

In the yearbook photos, I’m 17 or 18. I couldn’t have know what was coming. I’ve written this before: things were going to get so much worse than I might have imagined, and then, eventually, better than I even had words for.

Why am I focused on pictures this morning? There was so much not captured, so much that the pictures don’t show. Not just in the pictures of me — in all of them. Most, or many, of my friends were likely carrying something with them to school every day that they had to try and hide. I’ll never know what that was for them. I could’t even imagine it then; I was so focused on my own pain, my own fear. That’s what trauma does – it narrows our vision down to a single point of contact, down to a few moments, down to a catch in the throat or a ringing in the ears, words echoing but hidden. The photos don’t show what any of us had to do to get out of the house, what we had to navigate in the hallways, what confronted us in locker rooms or back behind bleachers.

It’s not that photographs lie, though sometimes they do – it’s that they can only capture a fragment of a moment, whether posed or candid. There’s always more even in the moment of the picture that doesn’t appear, that is lost to time.

I felt gratitude toward that girl I was, how she showed up, how she worked so fucking hard and had something like friends, even if none of them knew what her life was really like once she walked out of those hallways and had to go back home. I felt gratitude toward the ten-years-younger woman in the photo with the puppy, for how she decided, just a month after that picture was taken, to change her life completely, to allow in the changes that had needed to come. The picture doesn’t show my ex, how we were struggling, how close I was to finally throwing in the towel, how close I was to that moment I’d let myself understand that I didn’t have to live that way anymore – I could set msyself free, whether he liked it or not.

That moment, when it comes, is like a lightning bolt across the skies of our inside selves. Everything illuminated, singed, changed — even if it still takes a little while before that change manifests outside ourselves, even if it takes a little while before we start to take the steps we could see burning bright ahead of us when the lightning struck.

And now I’m back in my little writing room and the light is up earlier and it’s time for the puppy and I, both of us older and slower and happier, to go down to the cold water for our walk. I am grateful for the photos, for the memories, for the placeholders they are, for what they allow me to remember – and I’m grateful(er) for where I am now, for who those women pictured have become. We made it, I want to whisper to them. It was possible. I am that possibility now.

Be easy with yourselves today, ok? As best you can. And I will work to do the same.