a loss of familiar and yes to change

Posted on January 19, 2011 | Comments Off on a loss of familiar and yes to change 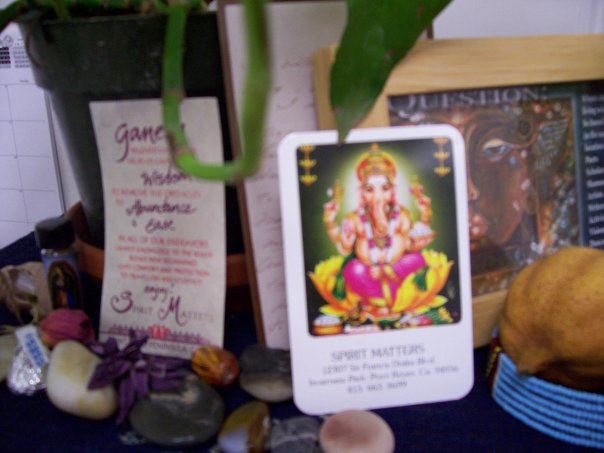 I wanted to talk about transition, how it’s exciting and difficult, simultaneously, in the same brea(d)th. But today the writing is coming hard. There are some times when you know that something big is happening for you underneath all of your surfaces and terrors, under your day-to-day-nesses and the funk of old drama that sits on your shoulders. I am getting ready to move out of two places that have held me and my work and those I love, and that doesn’t necessarily even feel like the biggest transition that this self is undergoing — I mean, I have the sense that more is working it way out from under where I’ve hidden it, where I hid it a long time ago.

So I’m thinking right now about what it’s been like to have an office space in downtown San Francisco for the Writing Ourselves Whole workshops. In the summer of 2007, I finally got tired of having to schlep all the workshop materials, all the bits and pieces I’d use to create the space and set the tone for the workshop, all over town to the different spaces I was renting by the hour. I wanted a place that would be devoted to our work, where I could leave all of my materials and where, too, the chairs would stay in the same place: no having to rearrange the room every workshop night. I could set up a small altar space, I could have bookshelves and a small lending library, we could have pictures on the walls. We could have quiet and a solid space to hold our laughter, our rage, our words.

I did not believe that I would be able to afford an office in downtown San Francisco when I first went and looked at spaces there, but we found something that worked — a 350+-sq. ft. office with a partition down the middle, so that there was workshop space on one side and office/snack space on the other, with a sink and great storage space for lots of books. Over the last several years, Fresh! and the workshop participants have helped me to shape the space into something just for Writing Ourselves Whole writers: we found a couch and rug at Ikea, chairs at Uhuru in Oakland, tables at yard sales — now and again I had an excuse to head over to the Ross just across the street, to look for small office things: a tea caddy, for example, was the most recent. Peggy donated an electric teapot to the space, and from a man in the building who was moving to a different space, I got a big desk, coat hanger, cork board, and laser printer. Slowly, organically, the space took on its own shape, felt welcoming and comfortable, and kept within it all the writer’s words — the only groups that ever met in the space have been writing or reading groups.

I decorated with all the postcards that I’d been carrying around with me from space to space — now they could be permanent fixtures. Now they had a home.

In the first year, or just into the second, the space was robbed — when I walked in that night, I saw that the recycling had been overturned, there were papers all over, and little by little, I became aware of what was missing, what had been dug through. I lost a bunch of small items and a lot of confidence; no one could tell me what happened — did I leave the space unlocked? Did someone from maintenance? Whoever it was who ‘broke in’ was likely just walking down the floor, trying all the doors to see which one opened — suite 423 just happened to be the one that night. They took small things that they could sell (that’s become my story), leaving printers behind in favor of a load of small rocks, speakers, the radio-cd player, more…It was supposed to be a workshop night the night that I found that we’d been robbed, and I had to call all the writers and tell them. I felt like all of our space had been violated! One of the writers came on over to the office anyway, to hang out with me, and I’m still so grateful for that. I wasn’t much help to the officer that came down; it had been about a week since I’d been in the space, so I had no idea when the robbery might have occurred.

And that was the ongoing issue: not the robbery or the risk, but the fact that, in between workshops, I wasn’t able to be in the office. I’d created a space that I loved to work in and that was centrally-located and accessible, I couldn’t afford not to have another job in order to keep it — which meant that, over the last several years, I’ve spent remarkably little time there. That’s not what I wanted: I imagined that, eventually, I’d be in the space, working on/with writing ourselves whole full time. I could picture the phone line, more plants, maybe even daytime workshops or one-on-one editing/writing meetings with folks. But that’s not what happened — we’re just not there yet.

Mid-next month, I’ll be officially moving out of this space. I’m not sure where we’ll end up: I’d like something both larger and more economical, with maybe access to a kitchen and bathrooms that don’t require keys. I’m looking forward to the change, to maybe even finding a couple of other workshop facilitators who want to create a space together — and, too, I’m mourning. I’m going to miss that little room, where we’d all be too tight in together during break time if there were more than about five of us in there at a time, bumping elbows, oops, excuse me — and yet, I want to describe for you the miracle of quiet, fierce attention when everyone was writing, and the room filled with taps and scratches, with focus and deep breathing: I’d look up from my own notebook and celebrate what this room, the steel and marble and wood, would continue to hold, even after I cleaned up that night, turned the lights off and checked the lock.

I say thank you to the space every time I leave it — we have created something important together.

At the beginning of next month, on Feb 5, I’m holding a goodbye worksheet-fundraiser in the space, Writing Transitions. There’s both a morning and an afternoon session — a chance for us to hold gratitude for this space that has held us, and, too, to dive into our own transitions and write into/through some of them. Spaces are beginning to fill, but there are still quite a few openings — I’d love for you to join us!

A prompt for today: Transition is defined as: passage: the act of passing from one state or place to the next. Sometimes we feel like we’re only supposed to have one sort of feeling about a transition: joy or sorrow. Never both, or more. Jot down some of the transitions you’ve undergone recently (or that your character is moving toward or through) and let yourself choose one to focus on. Take three pages and write into the different feelings you had about that passage. Can you think about what each different emotion tasted or looked like? How is transition similar to transformation? This is just for you — no one else has to see it.