We deserve to be celebrated

Good morning good morning. This morning I was up early, at quarter to five, and managed to actually pull my body from the bed in order to write. Yesterday, too. Maybe I am entering a new (old) creative circadian rhythm. Time will tell.

If you know anyone doing this sort of work for themselves — for example, reconnecting to a traumatized sexuality, taking steps to manifest a long hidden or silenced desire, or trying something that they’ve always wanted to try but have been deeply afraid of, saying what they really want, knowing what they really want, saying yes as well as no, reembodying during sex, allowing themselves to have a body during sex — I want you to celebrate them. If you are doing this work, I want you to celebrate yourself. This labor is deeply powerful — it transforms our relationship to our whole lives, not just to our sex lives — and it is so often unwitnessed and unreverenced.

END_OF_DOCUMENT_TOKEN_TO_BE_REPLACED

Tagged asking for what you want, gratitude, radical self love, reclamation, sexuality

sometimes, her sexy is ready for you

Posted on October 22, 2010 | Comments Off on sometimes, her sexy is ready for you 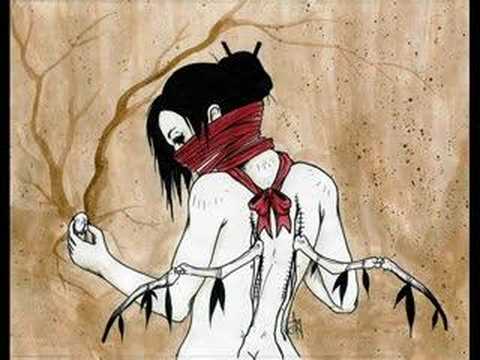 Good morning and happy Friday! Just a quick prompt post today, ’cause then I’m off to the cafe for some notebook writing…

Then combine both lists into the first one: both lists are ways that you/s/he/they are beautiful and/or sexy —  in all their complications. Start you writing using an item from each list, thinking about what beautiful or sexy means… and follow your writing wherever it seems to want you to go.

END_OF_DOCUMENT_TOKEN_TO_BE_REPLACED

Comments Off on sometimes, her sexy is ready for you

DOE: what if we took back our dangerousness

Posted on September 8, 2010 | Comments Off on DOE: what if we took back our dangerousness

Today I’m thinking about the idea of safety, of the psychic/emotional kind — not of the “please don’t tie me up with nylon panty hose because those dig deep into my skin when I pull at them” sort.

END_OF_DOCUMENT_TOKEN_TO_BE_REPLACED

Comments Off on DOE: what if we took back our dangerousness

embodiment: the power and use of writing about sex

Good morning!  A morning write, and then it’s off and out into the world — I’ve got spiced decaf this morning instead of tea and why am I telling you this?

This is about getting the words started.  This is about saying whatever will move the fingers across the keyboard so I can get to whatever comes next.  Sometimes you have to write the stuff that will move you to and into what you needed to write — that doesn’t mean that the stuff that you wrote first was bad or  wrong.  In fact, that stuff was necessary: it got you to the other part, the part you most wanted to say.

END_OF_DOCUMENT_TOKEN_TO_BE_REPLACED END_OF_DOCUMENT_TOKEN_TO_BE_REPLACED

Bearing my chest to the mouth of the world

The prompt was “a love letter to the body.” Folks can interpret this all sorts of ways — I often find myself offering these letters to one part of my body or another, usually some part that I feel (especially) complicated about. This time, well, I think you can pretty quickly tell which part I’m needing to send some love to.

It’s true that I have been grateful for your heft and weight ever since you had any heft and weight. I should apologize now for those months, just as you were budding, that I squeezed you (well, us) into two sizes too-small tube tops (wasn’t that one kind of a grassy green, and ribbed or ruffly or something?) in front of the full-length mirror in the basement of mom’s duplex apartment on California Street — you were all stifled, unable to breathe, but I puffed you out and paraded like a girl was supposed to, bent my arms back like not-yet-broken wings and posed for the dank and empty room while little sqares of sunlight flowed in from the small windows high up on the cement wall. I was trying to hurry you along, wanted the big, full curves of Farrah Fawcett, maybe, or HotLips Houlihan, or, yeah, Daisy Duke — who else would I/we have been inspired by back then? Maybe elementary school teachers, and a couple of classmates whose development had already, well, developed. We didn’t have anything especial to show the world for some time, though, did we? Just a flush roundness that seemed small compared to everything we noted, the girls who wore tight t-shirts, the porn underneath my parent’s bed.

When did you flesh out so nice for me? By the time I was in college, I was cupping you in fine fake lace (remember that one green bra? a grown up version of that tube top, now with something to form itself around) and offering you more readily to others’ eyes. We wore frills under leather jackets or oxford shirts and admired the contrast. I was just learning how to appreciate all the curves I’d longed for back a decade earlier, but then it became much safer to flatten you down beneath sports bras, to clothe my own self in boy garb and butch realness, though even then I just couldn’t cotton to how the guys wanted to do away with their girl bits, from their tits on down, the guys who’d been horrified at how girl developed over and onto their bodies, the bodies they’d just learned to be comfortable in as little boys — but not me, remember? This was something I kept my mouth closed about, lest I reveal myself (even further) as not a real butch: I adored my breasts. Even as I reached out toward transitioning, set my safety against the idea of walking in the world only as male, what stopped me was this: how could I give you up? I cupped my hands around you, when I was alone, and couldn’t reconcile these realities.

END_OF_DOCUMENT_TOKEN_TO_BE_REPLACED

Posted on April 29, 2010 | Comments Off on reminder: Queering Sexual Violence submissions due 5/1!

It is getting down to the last few days for submissions, however, I will accept them throughout the month of May. I have some people who needed extensions so I can wait a bit if you need one as well. Also, if you have a piece that has been published before that can be reused that you think might be perfect, please feel free to submit that as well! Hope to get a piece from you!!

An anthology of LGBTQ writers, survivors and activists confronting heterosexual privilege and the gender binary system while creating a dialog about the limitations of the anti-sexual violence movement.

END_OF_DOCUMENT_TOKEN_TO_BE_REPLACED

Comments Off on reminder: Queering Sexual Violence submissions due 5/1!

Putting words where her body ought to be able to be

This is a write from last night’s workshop — we were responding to one of the following fragments:
– back she went to her own country
– it is the thing you do
– I put my body where my words are (Luisa Valenzuela)

—–
She wants to put her body where her words are, fully into the flavor of sex, stunned with the liquid of meaning and possibility, and the most hostile vulnerability ever. This is the skin I settle into, the girl behind the screen, the safely ensconced in pixels or pencils / and yes, writing is an embodying affair / it sloshes your stones with hopes / it asks your nerves to show up for the aching / but I can forget how to breathe today / and I would almost always rather write than fuck / because behind the skin of my page I can just be that free woman / the one with no safety dug and scabbed beneath her nails / the one whose triggers are taxidermied and mounted on the wall for all to see / to gnash teeth at / to chuckle over / but they are quiet behind glass when she is writing and cannot startle or snare anybody — not there. There, her triggers become works of art, almost admirable / almost

See, that one looks like her sister’s face cluttered over with fallen feathers, the plucked body of a girlchild / and / that one is a diorama of her high school, cardboard cutouts of her graduating class cluttering the forefront, the teenagers’ faces all stained a kind of rakish purple that meant they had eaten the fruit of tomorrow and lived / (Her face is stained only an off-shore eggshell white with what she had to swallow, and there is no tomorrow for her in that picture) / in this one, the boys are all backhanded, they each have a piece of her virginity poking out of their ragged back pockets, though the full flesh of it lives at her house, in her parents’ room / there’s its carapace, over in the far corner / there are diagrams — this one here, and that one — of the ceilings she shut her eyes to, and then studied and tried to find shapes in

All these pieces so containable when she writes, when she writes about sex, she can shut the door to this exhibition / leave it for the curator and night staff to tend to its reedy exhalations and stains of saliva / when she’s writing sex, she doesn’t feel them on her body / she puts words where her / body / ought to be able to be 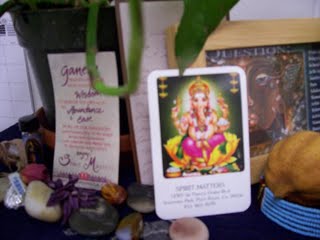