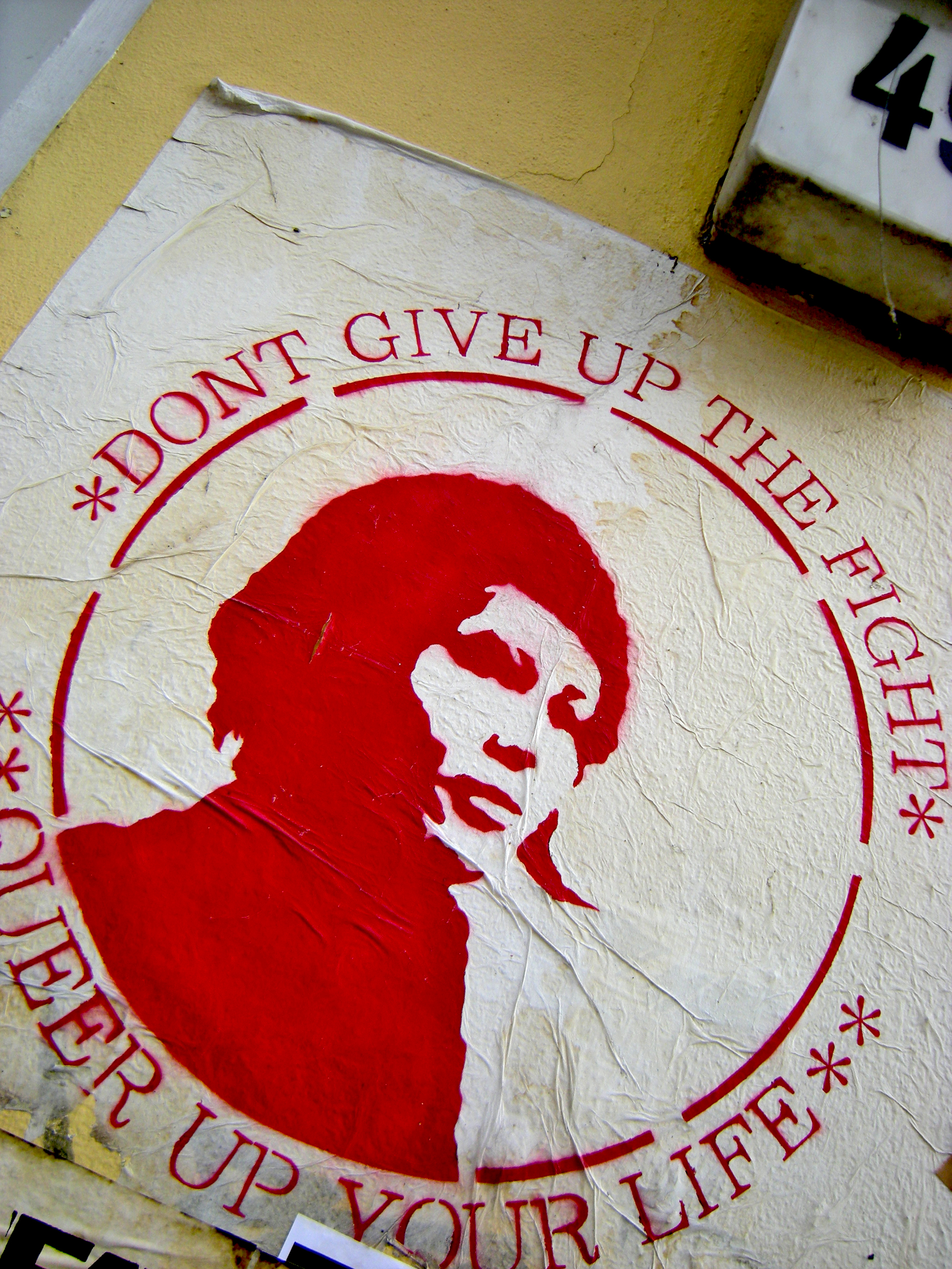 END_OF_DOCUMENT_TOKEN_TO_BE_REPLACED

love your community on v day – believe and then take action

Posted on February 14, 2014 | Comments Off on love your community on v day – believe and then take action

Good morning good morning. How is the morning where you are? Here the day is just dawning, and the air outside is a hazy, misty blue.

I have been trying to write about Dylan Farrow and her adoptive father and her resilient naming of his actions and the way the whole world has something to say to her about it. I want to write about how, when you tell your story, things get better — because of course, people believe you, people will listen, people will take action. But, of course, that’s not true. We know that’s not true. Many of us told, both directly and indirectly, and were not protected or were not believed.

It’s hard for me to write about this. The people tell me that I have to be articulate, calm, composed, and objective when I write or talk about sexual violence and sexual violators (otherwise I’m just another angry victim shooting off her mouth). If I speak about W.A. and his actions (both copped to, like marrying a very young woman who had been a surrogate child of his, and not copped to, like sexual abuse of an adoptive child), or if I speak about how horrifying it is that the Interweb wants me to understand that they’d very much LIKE to believe Dylan Farrow’s story, but, oh, look, she was a child who didn’t tell the story the same way every time, and, oh, look, her parents were involved in a really terrible custody battle and her mother was very, very angry, and oh, look, the conditions under which she was supposed to have been abused are totally unbelievable and oh, look, W.A. is a pretty great guy who makes all these films and has all these big Hollywood films who’s never been accused of child abuse *before* and oh, look, there was no physical evidence, and oh,look,the cops came and other authorities came and they investigated and they came to the conclusion that no charges should be pressed and that means that, sorry, Dylan Farrow is probably a liar but it’s not her fault because she was just a kid and she was being manipulated by a lying, scheming, money-grubbing, crazy mom — when I speak about all this, I have to be quiet and calm and composed about my response if I want anyone to listen to me.

END_OF_DOCUMENT_TOKEN_TO_BE_REPLACED This morning I am thinking about trauma and community, about intimacy and how we learn to find something like home in others after home turned out to be the unsafest place of all. Last night I went to hear my friend Mattilda Bernstein Sycamore read from her latest book, The End of San Francisco. It’s a novel memoir, wrangling with hope and possibility in communities that crumble, communities of folks who are all facing death all the time– END_OF_DOCUMENT_TOKEN_TO_BE_REPLACED

witness in the aftermath of disaster

Posted on April 16, 2013 | Comments Off on witness in the aftermath of disaster There were lilacs at the table where I worked on my novel this morning, which made the day smell like home — although back in Nebraska, the lilacs don’t start blooming until the end of April or May. (I couldn’t quite remember that and had to look it up; that’s how spoiled I’ve gotten by California and their green-wet winters and January-blooming daffodils and year-round gardens.)

I’m deep in morning sunshine, I’m listening to the kids shouting during gym class at the playground a block or so away, I’m watching the dog try and climb the fence after the squirrels. I’m trying to figure out why it matters for me to sit at this keyboard when there’s a garden to tend and a dog to throw the ball for, friends I need to call, muscles to stretch, grass to feel beneath my toes — I mean, when there’s real and embodied life to live, why am I here sitting in front of a screen, giving myself carpal tunnel (knock wood)?

I don’t want to write about Boston yet, so I go online and read a news story about yesterday’s bombings. I look at the map, red starbursts marking the sites where the IEDs exploded on Boylston Street. I haven’t been to that neighborhood for years, not since my last Boston Pride. I think about what it’s like when throngs of people are gathered in one place, and how terrifying it would be to have those masses suddenly panicking in fear for their own and their loved ones’ lives. I think about Martin Richard, an 8 year-old boy, and the other two people who died as a result of the explosions, and the over 170 people injured (many of whom lost limbs). I think about the trauma that everyone at the Marathon experienced, and how their lives are changed forever. END_OF_DOCUMENT_TOKEN_TO_BE_REPLACED

Comments Off on witness in the aftermath of disaster

Fierce Hunger — so much love. 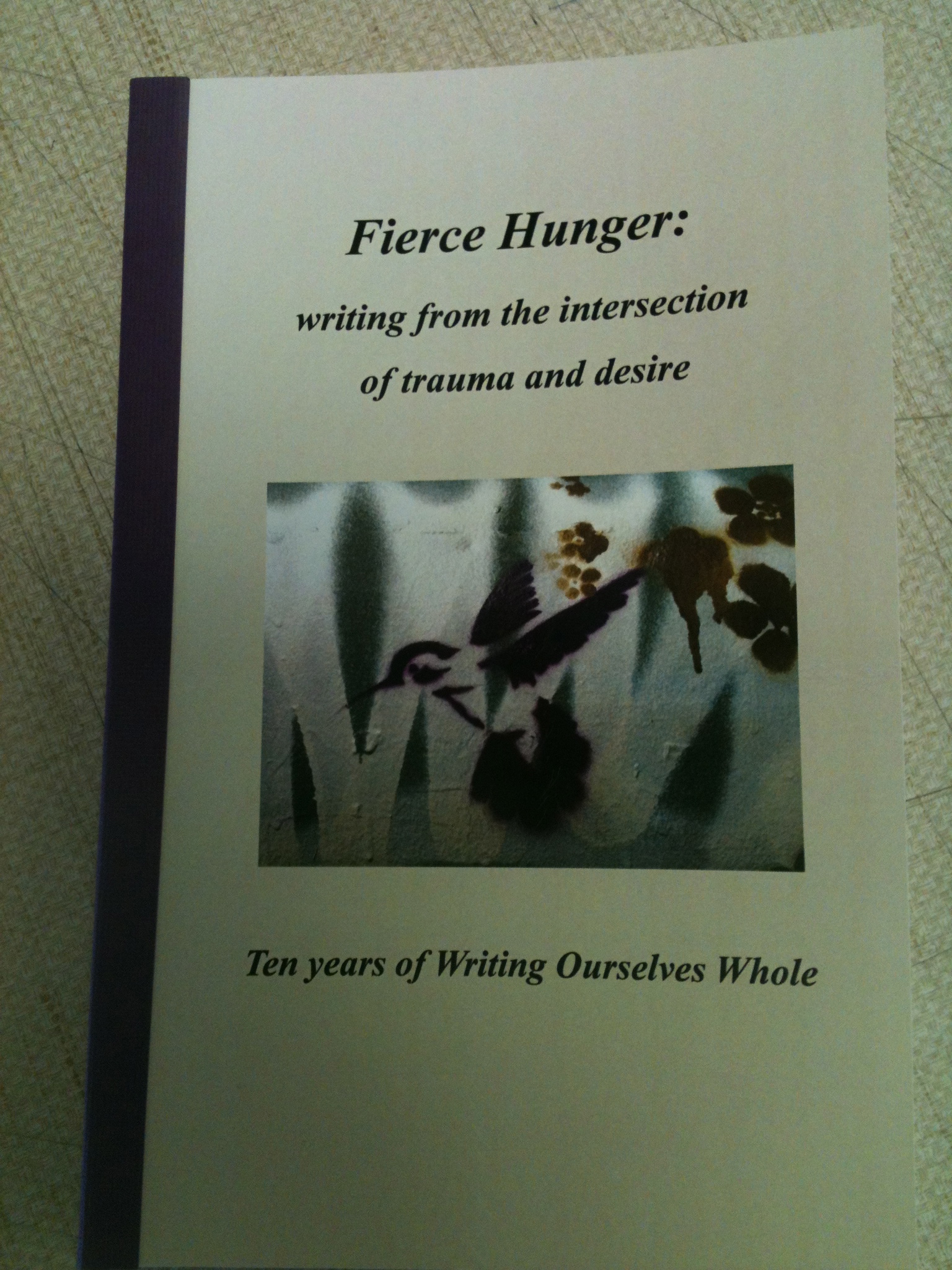 Good morning (it’s still morning technically) — I have here a little cup of decaf coffee loaded up with cream and a sleepy pup and a full and achy heart. Is Monday welcoming you in with its tender arms? (I know Monday often feels more like a grabber — I just wondered about shifting that story a little.)

Today I feel softened and broken open and a little weepy. Writing Ourselves Whole’s tenth anniversary benefit and celebration on Saturday was a gorgeous success: a roomful of writers and friends, wonderful food and drink, and about fifty items donated for our silent auction and raffle! What an astonishing space we made together. END_OF_DOCUMENT_TOKEN_TO_BE_REPLACED

when it’s time for independence

Posted on July 4, 2012 | Comments Off on when it’s time for independence What a good morning is this morning: lovely cool morning air that promises to heat up as the sun fully takes over the evening damp; a puppy who gets to run in the park grass, gets to leap high in the air for her ball; morning pages and candlelight alongside green-anise-cardamom tea.

END_OF_DOCUMENT_TOKEN_TO_BE_REPLACED

Comments Off on when it’s time for independence

the fabulous Dorian Katz's gorgeous logo for Dirty Ink! Click on the image to check out more of Dorian's work...

It’s strange for me, to have this be a normal thing to say: “Yeah, I won’t be here for that event, I’ll be on tour.” On tour? Me? How did that happen?

END_OF_DOCUMENT_TOKEN_TO_BE_REPLACED

Safetyfest 2011 is less than a month away! 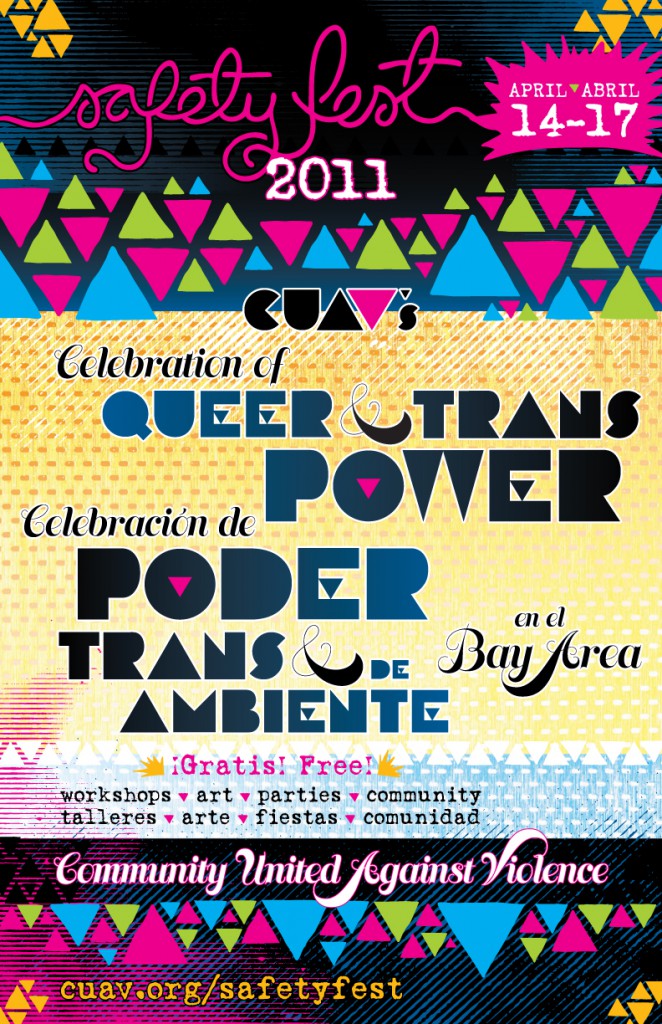 END_OF_DOCUMENT_TOKEN_TO_BE_REPLACED

Comments Off on Safetyfest 2011 is less than a month away!

we could work there together, we could support each other

Posted on October 5, 2010 | Comments Off on we could work there together, we could support each other

check out this fantastic commissioned graffiti in Inverness!

END_OF_DOCUMENT_TOKEN_TO_BE_REPLACED

Comments Off on we could work there together, we could support each other