I am reminded why we share our stories about sex 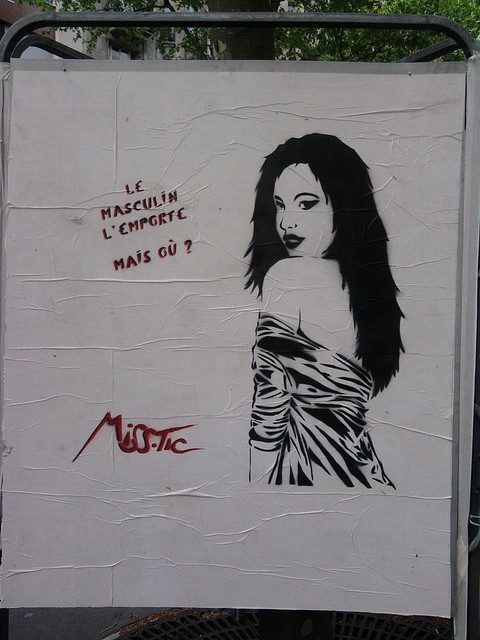 Today we move iinto the second week of our Write Whole online group and the summer session of Write Whole (in person) begins tonight. I spent a good chunk of my weekend reading Martha Beck’s Leaving the Saints, which has layers of trauma narrative I hadn’t expected. I’m working on a book about how and why it’s of use to write in community about our experiences of sexual violation, which means revisiting and writing into my own history, herstory, my own story. I am reading and responding to stories posted on the online group forums. I am preparing prompts designed to elicit deeper or more layered or more complicated parts of our stories, the parts we don’t tell very often, the parts that haven’t been so exposed to the light, the parts we tuck underneath the rocks of our armor, protecting them, cradling them, keeping them safe. Those stories are often quite raw and blanched, and when they emerge, the language we use for them is full of energy, vivid and alive.

And then I turn around and stand up on a stage and perform a piece about sex.

True, it’s fun to stand up and perform a character who will say exactly what she thinks, without nuance or couching, without worrying about her interlocutor’s feelings, without panic that she might injure a tender masculine ego (wait: who’s the weaker sex?), without apology. This character, Althea Xtravaganza, is flavored by me, but she’s not me — she’s had different experience than I’ve had (and gets a whole lot more action in dyke bar bathrooms than I’ve ever seen myself). I suppose there’s another post to be written about the power of writing into a persona or alter ego. My alter ego, Althea, is a high femme who is attracted to butch women and (for some reason!) is frustrated with (and continues to be surprised by) the misogyny she’s expected to swallow from her own queer community. And so she calls that out.

It’s a kind of pleasure to inhabit this character for awhile, after spending a lot of time sitting with the stories I usually do. It’s also exhausting — Althea is armored and fierce in a way I’m not generally, and I always feel some relief when I take off her shoes (literally); I’m grateful I don’t live in her world of cruising and new dates and pickups across the bar and badly behaved beaus and women/transguys/bois who look past her at the dyke bar because she’s too girly for them to believe she actually belongs in their queer space. I am grateful I’m not actually trying to navigate her world toward some satisfying connection and sex. I’m grateful her experience is only one I visit and not one I live in quite the way she does.

(Which is not to say I haven’t had to negotiate my own experiences of dismissal as a feminine queer person from and in the company of other (often more masculine-acting-and-appearing) queer folks — those are as ongoing as my experiences of dismissal as a feminine person in a misogynist world; queer women certainly don’t have a corner on misogynist behavior; we learn it growing up on a planet that generally continues to treat women as lesser-than, as doormats, as deserving of terrible treatment, as no more than the ladies’ auxiliary to the Real of the Masculine. So.)

But it’s not always easy to move from trauma POV to consensual-sex POV, and this weekend, it was a hard transition for me. I had a pounding headache by the end of the show, and just wanted to go home, get out of my glitter, put on my pajamas, and cuddle into bed next to my sweetheart. At the same time, I felt how powerful it was to occupy a space in which the erotic was a site of pleasure, joy, positive power, and even enlightenment. I get this almost always from being with horehound stillpoint’s poetry, and this weekend’s PPO performance from him was no exception. Listening to his piece, I was dropped into another world, not the one I usually live in, but one in which people get the sex they want exactly when they want it because they are willing to risk extreme  physical and emotional vulnerability. I remember that there is a world in which people are not navigating triggers every time they have a sexual feeling (it’s very hard for me to remember this one, to remember or believe that there are people not stepping through a minefield every time they want to have sex). I am immersed in a community able to laugh easily and readily about sex, a community that experiences and celebrates the erotic in all of its pleasurable and consensual forms: messy, leather-clad, monogamous, vanilla, queer, less queer, all genders, all sexualities, no holds barred.  How to say this: I am always deeply grateful to Lori Selke and Simon Sheppard and Carol Queen by the end of every Perverts Put Out show, for continuing to create and hold open a complicatedly-erotic space, one that can hold what’s gorgeous and what’s difficult about sex and desire, one that can make murky those usually-rigid edges of our identities, blurring what we thought was so clear about who we are and what we want. In this space I am reminded why I believe it’s important for us to write about and share our stories about sex: these are the stories of our vulnerable selves. These are the stories about our naked humanness. These are the stories about our tenderness, our healing, our reaching for desire even after a lifetime of having desire used against us.

But, how could it not? In my church this weekend, a woman asked for prayers for the women of iraq, who are facing the possible reinstatement of laws enforcing female genital mutilation, genital cutting. Many of the stories about sexual violence in the newspaper are about rape used as a weapon of violence, a weapon of war — and the aftermath for the victims. Sex is seen by those in power as a site of tremendous vulnerability. Women’s sex is a site to be controlled, and violating women is still used as a way to send a message to men — even today, in the new millennium, women are treated as male property in this way. Men are sexually violated as a way for other men to exert power over them; in many mindsets, to be penetrated is to be emasculated, disempowered, don’t forget. In light of all this, under the weight of so much violence that accrues to the act and the body of sex, the choice to occupy one’s own sex as a place of pleasure and power is an extraordinary act. The willingness of a survivor (and, frankly, nearly none of us, no matter our gender or sexuality, can grow up with our sex unscathed, even if we weren’t directly physically violated) to walk through the fire back toward one’s own fully-embodied erotic self is an act of radical self care and also an act of resistance to and in a culture that would have us view sex as merely a place of procreation, non-consensual dominance, and disempowerment — that would have us willingly hand over one of our most extraordinary human capacities to the advertisers.

This is what I have to remind myself after being immersed in trauma story for too long: Choosing to fully (re)occupy our sexual selves, and holding open space for others to do the same, continues to be a radical act. I believe that those in control fear an erotically-liberated populace. Those who refuse to be shamed about their sex are those who are harder to manipulate, control, advertise to, or subtly violate. Those are the ones who turn off the tv or interrogate what they are being fed on the screen. Those are the ones who get slippery, are harder to get a hold on, are harder to shove into boxes of identity, are harder to wield on behalf of someone else’s non-liberatory aims.