what if everything’s ok even though a bad thing’s happened? 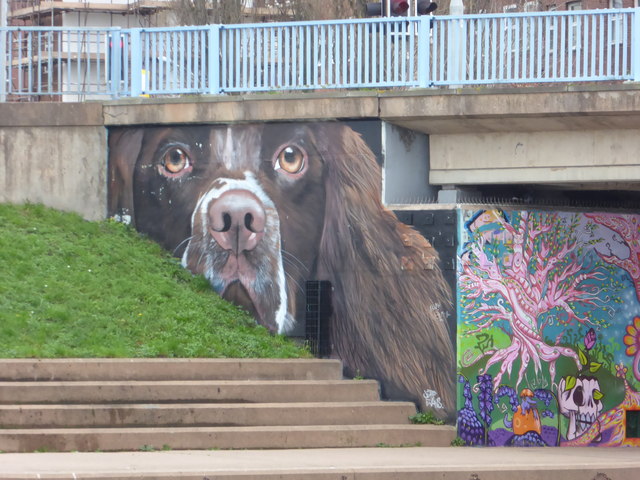 It’s morning again on a Monday. I feel like an addict who’s had a week clean, proclaiming I did it! I’m back on the wagon! now that I managed to get up early today after not needing alarms on Sat or Sun. Just keep going, Jen.

This weekend was a fun and energetic Writing the Flood on Saturday, and then yesterday I had a day at home in the sun. Last night, E and I made dinner and played cribbage out on the deck while the sun sank down over the mountains,  and then we came downstairs and watched tv and then I let Sophie out back to go pee and she took off like a shot after a noise under the deck and while I was busy yelling frantically at her to come back, she was getting sprayed by a skunk. As soon as she came back around the corner of the deck, I raced inside and slammed the door shut behind me, trying to keep the smell out. I gathered up all the things we needed — dish soap, peroxide, baking soda, Nature’s Miracle Skunk Odor Remover — while E soothed Sophie through the closed door.

It’s an intimate thing, getting skunk smell off a dog, especially one you love. I went back outside, knelt down, and got my face down near Sophie, sniffing around her face, neck, ears, trying to locate just where the smell is worst. This time, I think Sophie mostly got it in the mouth, poor thing. There’s a whole precise formula for the peroxide-dish soap – baking soda skunk smell remover, but I wasn’t really up for looking up something on my phone. It’s a race against time when she’s been sprayed — I have the idea that the faster I get it off, the less bad it will be.

That’s true for most wounds or spills or difficulties of any kind — the sooner you deal with it, the less there will be that lingers for hours or days or years, the less likely you’ll have a permanent stain or scar, right?

I dumped the bottle of peroxide (it was maybe a half or three-fifths full), a bunch of baking soda, and a big squirt of dish soap into a container, put on the lid and shook the whole mixture up, then dumped it on the places where I thought were the most skunked. Most of the skunk removal solutions say not to get in the mouth or eyes, so it’s a tricky business, given that, in this case, I was trying to get the smell out of the fur around her mouth. I spread the solution around her muzzle and then hold her mouth closed gently so that she doesn’t lick it all up (or, frankly, so as to minimize the licking).

I read somewhere that water makes the skunk smell set, so I apply the Nature’s Miracle, and then rub a bunch of plain baking soda all over the parts I think might have skunk smell on them — at this point, it’s a little bit like throwing the whole pot of spaghetti against the wall and seeing what sticks, just throwing everything I’ve got at the problem and hoping something works. Sophie stands mostly still and shaking — less from the attack or the cool of the evening and more, I think, from my angry, frantic, panicked energy.

While she were sitting for a few minutes, after I got her all coated with various smell-removing pastes and enzymes, I thought, Why does this freak me out so much? Is here any reason to get so agitated, like something really bad has happened– or something really bad is about to happen, like I’m about to get in trouble if I don’t get this smell out right away and keep it out of the house. I’m 45 years old. Who’s going to get me in trouble now?

And though I’m sure it’s no fun getting sprayed — she almost always gets it in her eye! — I think the thing that’s the most traumatic for Sophie after she’s been skunked is my frenetic, stressed-out energy. Dogs are so sensitive — they pick up on our emotional changes, our illnesses and worries, they know when we are happy and they know when we are not and they respond accordingly. She wants to do what’s right, she wants to do what I want her to do, and she doesn’t know what that is, and here I am, taking in a loud voice that’s angry and scared and rubbing her hard and getting stuff in her eyes and then making her sleep in the garage after spraying her with cold water from the hose.

My point is, and maybe I’ve come to this realization before, there’s no ned to panic the way that I do. The fear is that there’s going to be a smell in the house, and my partner will get mad (I don’t mean my current partner in particular — I mean any partner, for this part of my trauma brain) and Sophie will have to go and I’ll still be in trouble for letting her bring smell in, for us having a dog at all, for ruining furniture or clothes or rug or whatever gets smell in it —

This is an old fear, and how can it not be connected to the memory of my first dog being sent away because my stepfather no longer liked the fact that, when he kept her in the basement for 8 or 10 hours a day, she’d pee and poop in there. How surprising. He didn’t like the fact that she was a dog, didn’t like the fact that she’s was a living being that needed care, certainly didn’t like the fact that she was my companion. So, he had me take her in to the pound and leave her there. I wrote about this memory again this weekend, coincidentally — it’s one of those parts of the story of my adolescence that will maybe never stop making me cry like it’s just happening, like it’s still happening, like some part of the young adult me is still standing in that dim room in front of the desk at the Omaha Humane Society, watching a volunteer in a uniform polo shirt walk my dog away from me, into the kennels, where she is almost certain to be killed in a week (they had a one-week deadline for dogs to be adopted or they’d be euthanized) because she’s eight years old and not well trained and has fatty tumors and has mostly been kept in the basement her whole life — potential new families were not, I was sure, going to see beyond all that to her sweet energy and her protectiveness and her loving nature.

As an adult who’s had other dogs, I know all the things I did wrong with her, but she and I were both living under the fist of this man who wanted everything to be awful for everyone, and so she had to die. And the guilt and shame live in my muscles and bones. I still cry at the thought of her waiting there for me, not understanding what was going on. She’d been kenneled before when we went out of town, and we had always come back. We had always come back. I torture myself with the idea of her waiting for me, that time, to come back, too. And then I didn’t.

Every time I leave the house now, or leave Sophie anywhere, I say, I’ll be back, just for this reason. Because of the time that I couldn’t come back, couldn’t go back. I say it for Sophie, but mostly, I say it for me. This time, I’ll be back.

Meanwhile, last night, E was up in the garage, making a bed for Sophie out of towels, setting out food and water and a soft light and a little music on the radio, making a comfortable place for her to spend the night while the smell abated. Nothing about E’s energy was conveying anything but support and love.

What if we could do the deskunking without all the frantic spinning? What would that be like for Sophie, and for me, and for the memory of the dog I couldn’t save? What if everything’s ok even though a bad thing’s happened?

I’ll go out today and get her a new collar, because the other one is all skunk now. I’ll buy more Nature’s Miracle and peroxide and baking soda, just to be prepared for the next time. You just have to be prepared for the next time, ready for the thing that works. You just have to know it’s going to happen and then do your best to make sure that it doesn’t. That’s living as an adult, I guess, isn’t it? No more magical thinking, and no more living in terror of someone with all the power over you forcing you to be someone you’re not.

Thanks for being on the other side of this today. Thank you for reading, and for all the ways you are undoing, every day, bit by bit, the old lessons that you learned so hard, that you were taught so violently. Thank you for your patience with yourself, and for your generosity with those you love — animal and human both. Thank you, of course, for your words.

2 responses to “what if everything’s ok even though a bad thing’s happened?”