the next phase of write it anyway 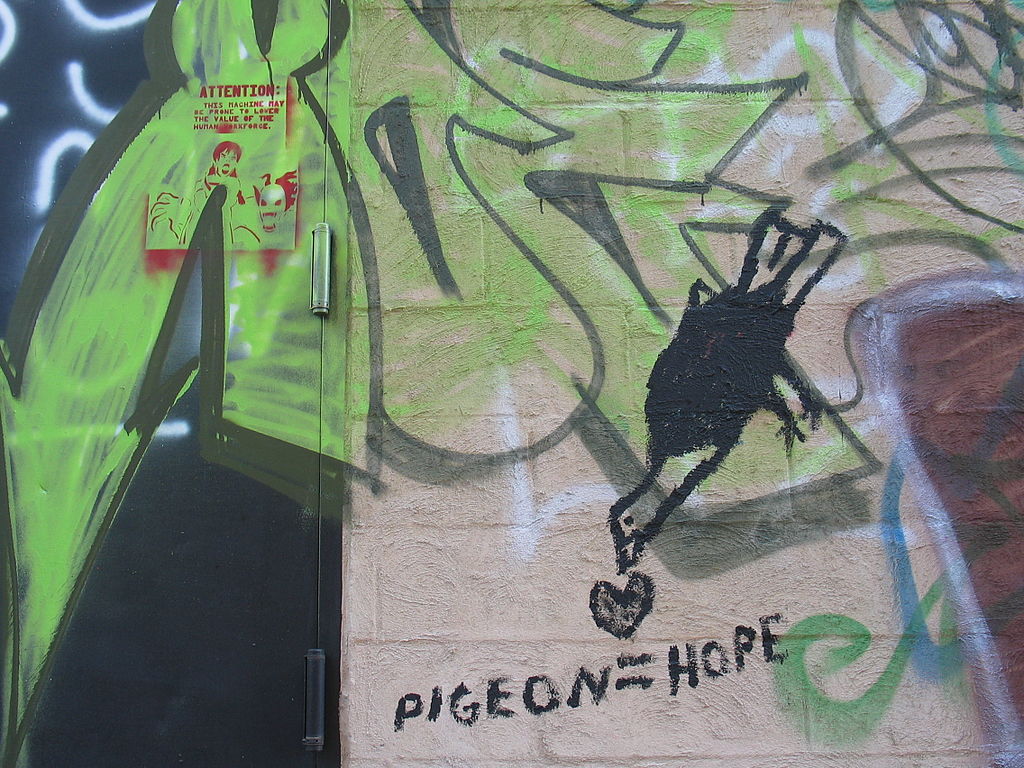 …From within, I couldn’t decide what to do.
Unable to see, I heard my name being called.
Then I walked outside.

Good morning, good morning. The birds are awake and insistent this morning. the BART train trails across the lower half of my sky. I can hear it long after it’s gone. That’s the way dreams are sometimes, isn’t it? The fog is still covering, thick and tensile, dusting my skin with leftover starlight. This is what happens when the romantic lifts up from the dreams and suffers into the daytime.

Sometimes it’s like pulling teeth, writing is. Sometimes it’s worse than that. Sometimes you can’t get to the writing at all. Sometimes you sit down with the pen and notebook and what comes instead is blank, is empty, is forget, is nothing. Sometimes when you open the laptop all you can allow to be available is reruns of old tv shows on YouTube because social media isn’t a place, really, that you should be anymore, so you don’t go there to write — social media isn’t a place anyone should be any more, in your opinion — but certainly the thing you aren’t doing, the thing you can’t do, is opening up a new blank window and letting words come. Is what used to be called writing. You aren’t doing that anymore, apparently.

Sometimes it’s like the pain has settled over your brain and you forget that you used to be called writer. Sometime there are too many months of all the other worries — the family worries, the money worries — that take up all the space in the necessary brain, whose tendrils encroach into the creative brain and you are stuck making hamburgers over the stove or roasting gravensteins or asking over your shoulder why you shouldn’t just spend your nights reading Calvin and Hobbes once more time for old times’ sake.

Maybe you are back to keeping other people’s secrets and you are hard and heavy with them. Maybe you are again negotiating within yourself what’s all right to say, what’s not. Sometimes there’s so much else to do, and the words won’t come anyway, so you just put then pen down and pick up the sponge the spatula the car keys the people-tempering-smile and try and forget about writing for one more day.

You think, oh fuck, one more story about the guy getting away with rape (or murder or…), and you are overwhelmed with the old feelings and you think, just let the dust settle here and I can get back to writing, but then you wake up the next day and the same thing has happened again. Another man, another rape or murder, this is the country, the planet, the people we live in. You understand that you can’t just let the triggers settle and ease back before you write again because you are apparently living once again in a state of ever-present triggeredness and rage.

So you put the pen down. You don’t miss it for awhile. You don’t remember ever going to long without writing, without feeling the daily need to write, that thick hunger in your belly, that ache in your shoulders, that thing in you that needs to speak to something, somewhere, even if just to the blank and empty page. Maybe the urge is shifting, clouding. Maybe it’s just grieving. Maybe it’s lost and confused and so disappointed it doesn’t have words to speak about it anymore.

Maybe it is back in the old remembering, twenty-five years ago, when you sat in a bare and dirty room in a farm house in New Hampshire on the phone with a mother who said to you, Yes, I know he is doing those things to you, what else did you want to tell me? And you remember the first time a mother said that the rapist was worth more than you, than your heart and needs, than your well-being and life.

What I want to say is that you remember the first time you were stung silent with grief and loss, when words didn’t just not respond. They weren’t there at all. When there were no words for how awful a thing was, when there were no words for all that you’d lost, all that you’d have to shed in order to keep on living. The difference was, that time, you didn’t know how important writing was going to be to that keeping alive of you. You had ahead of you all of that discovery.

This time, you have been writing for years. You know what it can do. And now you have learned another layer of what it can’t. All the writing in journals and blogs and newspapers and newscasts and letters and fingertip scars and on bus stop walls and along the undersides of thighs and bellies can’t make the people you love unchoose the man who would take off your skin and slice the insides of you up for his entertainment. Can’t make the people of your country, your community, your home love, unchoose a violent, raping, stupid, dickless wonder of a troll who is ‘leading’ our country right into the toilet, supported, it seems, by all the rest of our country’s so-called governing bodies. And it can’t make people recognize a rapist when more than 50 women come forward to tell us he is one. And it can’t make people demand accountability from a police system so steeped in racism that we can (and do) literally watch officers murdering citizens in cold blood, over and over and over, and still not find them guilty of crimes against individual humans and humanity as a whole.

There are still those among my people who will say rape is not a  thing, racism is not a thing. There are serious discussions on the radio: Is it too late, in graduate school, to be teaching male students not to sexually harass or assault women when they get out into the real world of business, tech, work, whatever? And I yell at the radio, Do you honestly think they need another sexual harassment training? When the whole world around them is situated to favor their penis over all else? There are still those who are asking, do I really have to stop liking the art/books/movies/comedy/apps of the men who have raped or beaten women? There are still women asking those questions.

And so this is what happens when you sit down to write: All the anger, old and now, gets clogged in your throat, at the back of your brain. Along the single track that’s supposed to lead the thoughts from just-consciousness down into your fingers and onto the page, well, that track gets snarled in a wreck of everything that wants out right now right now right now. Everything is insistent. You don’t matter if you aren’t responding to this exact moment.

You watch others respond more effectively. There are others who seem somehow capable of engaging in this larger cultural conversation through their writing and words, who aren’t getting snarled in the old loss, who can articulate their feelings without it tangling into the branches of yesterday’s trauma inside your chest and heart. You try not to hate yourself for not being like them, for not being able to do what they can do.

You remember what you used to say: just write it, and you will feel better. But now you know that once you write it down, you’ll walk back out into the world and there will still be neighbors of Arab-descent, of Mexican- and Latin-American-descent, who are afraid for their lives, their children’s lives, their family’s lives. You’ll walk back out into a world in which men can say they think women like to be harassed. In which men young and old, who have been raised in a culture which is talking continually about the rights of women, can still turn over a drunk friend and press their penis into her body and think they did something right that day.

But this is what your writing, your having written, will do: it will remind you of the yes in your own heart and hands. It will be one more plaice you found to say no to the insistent demands of violence and terror. It will be one more time you told that young one in you, we can choose to do something different. It will be a telling the truth in a place that could accept that truth, your complicated and beautiful and real truth, without apology, without fear, without shame.

Write anyway. And thank you every day for every one of your hard-won words.

This entry was posted in Uncategorized and tagged aftermath of sexual violene, grief, memory, write anyway. Bookmark the permalink.

3 responses to “the next phase of write it anyway”