rape culture gets into our dreams

Posted on January 12, 2015 | Comments Off on rape culture gets into our dreams 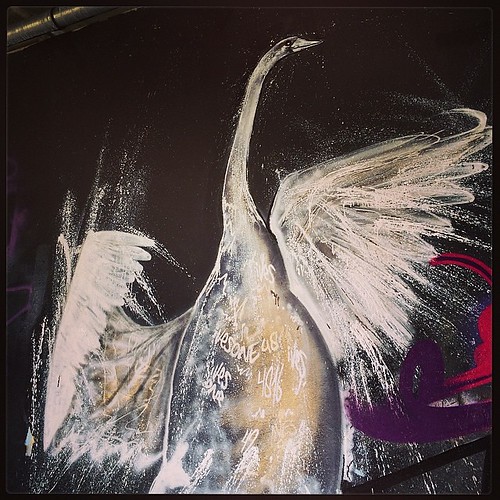 (Some explicit language in today’s post about sexual violence — please take care of you, ok?)

Good morning, good morning. When I went down to get my coffee, the sun was just raising its earliest eyebrows over the hills to the east, and there was trainsong from the west, Amtrak making its way through Jack London Square and the Oakland Embarcadero. I just finally got out of bed after snoozing my alarm for almost two hours — it’s not especially good sleep, those eight minutes in-between alarms, but it leaves me in kind of a liminal space, half-sleeping, half-aware of the bedclothes and room around me, my hand ready to hit the snooze button again, fighting with the part inside that says, Get up get up get up, the voice of Rumi encouraging me: don’t go back to sleep, the breeze at dawn has secrets to tell you — but then sleep calls me back, drawing me back in, increases the gravity around the bed sinking my body deeper into the mattress, and I slip back toward the edges of my dreams. Though, after last night, I wasn’t altogether sure I wanted to go back there.

I wish I could remember more of the dream I was having before my sweetheart had to wake me up to get me to stop that ghostly repetition of No no no no, the sleep voice that reaches out into waking life and sounds otherworldly, even to my own ears. In the dream, I was doing something wonderful and risky, involved in some kind of an adventure, one that involved leaping from great heights. In one part, I was trying to get away from an animal in the water. Is that right? And then I was attached on a wire to an airplane and was being flown, or slung, rather, out to a small platform in the middle of the sea. There was some importance attached to my being able to do this well, and I had to absolutely trust the people who were on the other side of the wire from me, guiding me from above. Relax, they called down to me, or else I heard it inside myself — Relax, Jen. You have to let your body relax. It was nighttime, I had no way to guide or direct myself, and I was being dropped from the sky toward the ocean. In the dream, I closed my eyes and leaned back, stretched out into the air, let my arms fall open, let my body go. I was moving impossibly fast through the air, not terribly far above the water, and I started to smile. I let myself trust the ride, and it was delicious. My body rushed through the air at an impossible speed, and all I could do was feel it.

The handlers above me dropped me gently right onto the rectangular cement platform out in the middle of the water. I was meant to be there only briefly, caught and guided back into the air by men who staffed this particular waystation. The man who caught me was my age, maybe a little older, a tall and balding white guy. I smiled at him as I was brought to rest, and then he pulled me back toward the edge of the platform and then was meant to run with me, to help me pick up speed as I was swung back out over the sea to go off to another platform. But something about the way he was holding me made me uncomfortable, and I started to tense up away from him. I pulled one knee toward my body, which then rested near his crotch, and he took that as a come-on. And all that beautiful relaxation and trust I’d allowed myself to drop into was gone. We were moving fast — running — and suddenly he was digging a free hand into his pants, and I understood that he wanted to masturbate onto my body, fast, so that I would have his semen on me when I lifted back up into the air. I didn’t want him to do this, and started to shake my head, move my body away. No one could see us — the platform was sparsely-staffed, and the other men were elsewhere. They weren’t watching, and this guy over me was bending down so as to hide his actions. I wasn’t in charge of my body — it was still fastened to the airplane above, and this now-masturbating man was the one responsible for guiding me back into the air. He did not get it done before I started shouting. That’s when the Nos began — and that’s when my sweetheart woke me up.

I lay awake for awhile, not wanting to be done with the dream, but wanting to be done with that part of it — I wanted to go back to the part where I was flying, go back to the part where I’d been able to trust the (unknown) people — men — responsible for my well-being. I imagined lifting off the platform and having the other men beat this guy up — but then was frustrated for falling back on that needing-to-be-protected-and-rescued scenario, Maybe I could knee him in the face. Maybe I could redirect the dream so that this part didn’t have to happen at all. Maybe I could just skip to the next platform. Eventually I fell back asleep, and I dropped into a dream in which my beloved friend Kathleen and I were at some student community space at a college, waiting to talk to a representative of the trans community about something — a show? A project? We were with a group of folks who were all wearing amazing shoes. The flying was gone, though.

When we say that rape culture is everywhere, this is what we mean. It even gets into our dreams.

Here was a moment when my dream self had just finally allowed herself to unclench her muscles and drop open, allowed herself to trust that she would be caught and held, that she would be safe. I had comrades. I had community that I could trust with my life. And then in comes the guy who wants to rub his dick on my prone body, and everything clenches up again. I felt sick and angry, lying there half-awake — why does this have to be in my dream life, too? Why can’t I even have a dream in which men who are strangers to me can be trusted to hold my well-being in the highest regard? Why does my flight have to depend on men who want to first wet me down with their seed? What new strata of rape-enculturated thinking do I need to unravel now?

As sad as it is for me to become aware that rape culture has so deeply infused my being, I’m grateful to be faced with these questions at a time that I’m ready to shed even more of these assumptions and indoctrinations. It’s a life-long project, I think, like undoing racist thinking. Maybe we never get to end the work of pulling from our bodies the misconceptions and shoddy beliefs that rape culture smears us with. We deserve to breathe easy without fear of assault. We deserve to be able to relax — alone and in the arms of strangers — without fear of assault. We deserve for our bodies, fully unknotted, to know the love of the air and water and earth, without the fear of assault.

And we deserve to dream without the fear of being assaulted in our very dreamspace. This shouldn’t be an outlandish expectation.

Thank you for all of the “impossible” dreams you allow yourself, including the one about the eventual end to rape culture. Thank you for the space you make for the beautiful dreams of your beloveds. Thank you, always, for your words.