our bodies are not disposable 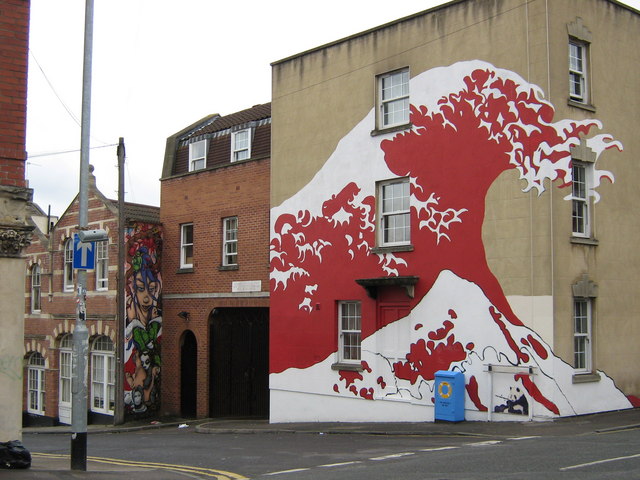 Good morning good morning, my friends. This morning finds all the technology quieted because the batteries died in the night, next to me sleeping on  the couch on my back so that the (slight, ok, sure) bleeding would stop.

Let me back up. Yesterday, at about 9 in the morning, I got a biopsy in my right breast, after my first mammogram where they found a tiny gathering of micro calcifications and had no other photos to compare it to, no way to know whether this was a new gathering or a group that’s been hanging out together for awhile. And because I will be losing my insurance at the end of this month when I leave my day job, I decided to go ahead and do the biopsy now instead of waiting for 6 months for a followup mammogram and maybe having to do it then.

I woke up yesterday intending not to give the biopsy any energy at all. I didn’t want it to be a thing. I didn’t want to worry about it, because worry is negative energy and could affect the outcome of the tests. (What? This is what magical thinking looks like.) I expected to be in and out of there in under an hour, which the radiologist had lead me to believe would be the case.

My first clue that the day might not go quite that way was when someone took me back for a pre-procedure conversation that was meant to take half-hour. So that they could tell me about the whole procedure, again, and warn me about all the risks.

We sat in what had once been a procedure room, a room in some sort of midway state — machinery had obviously been removed, the walls were disheveled, and the floors not yet refinished. It felt furtive to meet in this room, like we weren’t worth an actual consultation space.

I have rants about the whole procedure, yet another in which a woman is supposed to position herself and then lie perfectly still while her breast is caught in a vise and people jab into it from beneath her, where she can’t see them. And about those goddamn gowns — don’t even get me started on the gowns. that’s what I expected I’d write about today. But I want you to feel that moment of transition when I understood that I wasn’t just in the doctor’s office to do some minimally invasive thing like get weighed or get a pap smear or get my blood drawn. The doctor here was drawing my tissue. From the inside of my breast.  I want to write about the moment I decided I wouldn’t go to work after all, that I’d go home and take care of myself (and let someone else help with that — which really is a whole ‘nother post).

I started to cry, just a little, in the mammogram room — we were doing follow up images, my sore and bruised and bleeding breast lifted into the compression machine again for two more pictures. I held my breast in between the shots, felt where she was numb, felt where she was beginning to hurt. I cried because it was a tender and radical thing to do, to just go home, to treat my body as though it had actually been invaded. Because it had been. This was not a little nothing procedure. This was a big deal. Not surgery, sure, not the most invasive thing ever. But something to pay attention to, and take care of myself after.

The puppy is standing sentry; she is worried about me. She came out to check on me often last night, wondering what I was doing out here n the living room instead of with her in the bedroom. It was bedtime after all. At nighttime we go here, mom. What are you doing?

This morning my heart is still pounding and I am still scared — not about the results, but about a life that doesn’t have any room in it for illness or emergency. Last night I wondered if I’d have to go to the emergency room. All day, my wound leaked a little blood. Not a lot, nothing at all excessive, but enough to register on, and then make its way through, folded pieces of gauze, then into the fabric of my bra. All afternoon I applied compression in 10-15 minute sets, jamming my fingers down into flesh that was already bruised and sore, trying to get the bleeding to stop. I was supposed to be wearing an icepack every hour for ten minutes or so, to help the swelling go down, but I didn’t do that very consistently until the very end of the night, until after my sweetheart finally had to go and I’d finished my bollywood movie and watched hours of silly tv, lying there flat on the couch. I’d done no work all day, left the email alone and piling up. I cried finally because the wound wouldn’t stop bleeding and I might have to go to the emergency room and I didn’t have time for that. I didn’t have time to take care of myself that way. I didn’t have time to take another day off of work; plus, I don’t have the sick time. I have a lot to do today, and all of it depends on my physical stamina and wellness — I have to clean the house (which includes vacuuming) and take care of the dog and prepare a meal and get to and from work and read and respond to many emails from people. I have work to do. I have no time to be sick.

What does it mean in our culture that most of us don’t have time to take care of ourselves. We treat our bodies as if we/they are as disposable as the rest of the packaging around us. We act as though once these bodies wear out, this part or that part, we can just go down to Ross or Office Max or maybe the Goodwill and get another one, almost as good, not quite as used up as what we’ve got now. Maybe you don’t behave this way toward your body. It occurs to me, now, that I have been.

I count on my physical capacity. Yesterday I met what lives on the underside of that assumption, the idea that I will always be able to handle everything that needs handling, alone if necessary: I can lift the heavy things and walk the pulling dog and clean the house and make the food and do the writing and walk myself back and forth to work. The life I have constructed revolves around the understanding that my body can accommodate significant physical demands.

Something had to give yesterday, and it turned out to be me. It turned out that my perfect schedule with all the moving parts meshed exactly right, that was the part that had to break open to let the pillows and soreness in. I would never have assumed that after a procedure like this, scheduled for 8 in the morning in order to accommodate a working schedule, that I would just go home. I felt weak, doing so, like I was giving in to something. To my body, I guess. Where does that idea come from?

No one at the doctor’s office told me I might want to take the day off from work after my biopsy. They just assumed I’d be going home. But who can afford that?

No one said, listen, your breasts are the site of a lot of trauma — especially your right breast — and now you’re opening that site up for strangers to handle and puncture into. Don’t be surprised if some loss and sorrow drops out. They don’t tell you about how to deal with that aftermath in their biopsy aftercare mimeograph.

I spent yesterday holding on to my breast, holding on to this place of pleasure and wonder and grief. I took acetaminophen and applied gauze and ice and ate easy food.  I needed help, and got to receive it. I can’t imagine what the day would have been like if I’d’ve gone to work, acting as though nothing had happened, that a giant needle hadn’t just been poked into my body and a bit of tissue carved out.

My breasts are heavy, and the puncture site from the biopsy needle is on the underside — gravity spent all day yesterday doing its thing. The bleeding finally stopped, and I am nervous about being upright all day, afraid that it will start again. It’s normal, I think, if I do. It’s normal to need help. It’s normal for our bodies to need to slow down, need rest, need care, need nurturing. How long before this idea becomes easier to handle?

So, as a prompt, I wonder about giving 10 or 20 minutes to this idea of our bodies being disposable, that we can just run them into the ground and expect them to keep working, at the same capacity, forever. How do you (or your characters) relate to this idea? What comes up for your writing self? Start writing from those associations and then follow your writing wherever it seems to want you to go.

This entry was posted in Uncategorized and tagged bodylove, breast love, radical self care!. Bookmark the permalink.

One response to “our bodies are not disposable”