Posted on November 6, 2014 | Comments Off on NaBloPoMo #3: rewriting the broken story 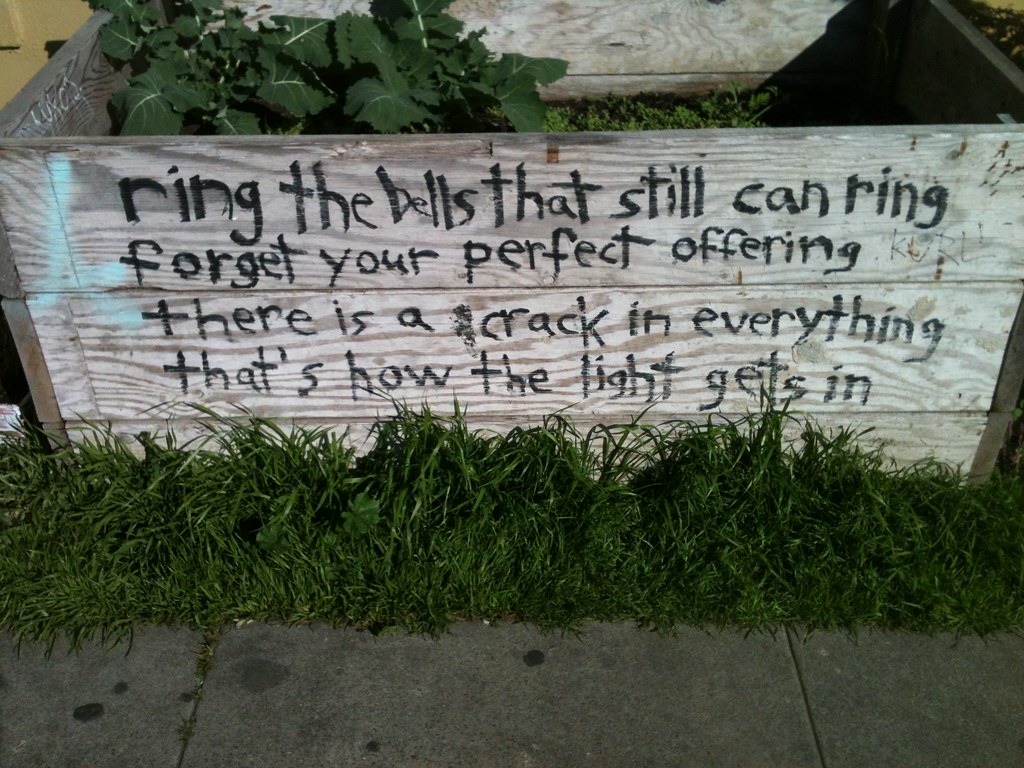 (All right, November — I see your challenge. No problem. So we won’t do a post every day this month. But we’ll still have 30 posts. So there.)

Last night at Fearless Words, for our first prompt, we created a list of myths and stories that get told about survivors (for example, that we are weak, asking for it, too needy, too emotional, not strong enough to just get over it, brave and strong all the time, not good enough, dirty, stupid, and so on…) Then we talked back to those messages —

We had fifteen minutes. Here’s what I wrote:

Survivor is a story, one we create ourselves, one we buy into or not, one we step into or out of, just like woman is a story, or any other identity label is a story. Our culture tells us what “survivor” means, and if we don’t look like the porcelain victim doll that gets held up as an example, then maybe we are not that thing after all. Survivors are broken and brave, ruined and victims and always at least partially to blame for their abuse — right? Isn’t that what they say?

But that gets underneath my skin, tears at me, sets my teeth on edge — especially the language of broken, damaged, ruined. I hear those words for us all the time, from outside of our communities (Law & Order: SVU anyone?) and from inside, too — we internalize what they are saying about us. We take on all the parts of their story about us because we so badly want to belong. But I don’t believe we are ruined or stained or broken. I do not believe that our souls got warped or that we are somehow made wrong by someone else’s acts of violence and violation.

(And anyway, why does that story not penetrate the rapist, the violator? How come they are not called broken? Ruined? Untouchable? What if the script got flipped?)

We are called broken because once we were property — and a raped female (child or grown) was less valuable on the marriage market. Our literal commercial value dropped once we ere no longer virginal — and so we were ruined, and someone else’s action against us caused us to be punished.

We are not broken. Our souls were not murdered. We ached and felt lost and scared and were not protected the way we needed to be. We may have even felt like part of us died when we were violated — but we did not die. We lived, whole and human and resilient and strong and terrified and lost and in need (as all humans are in need) and weak (as all humans are sometimes weak) and stuck and then not stuck and then stuck again and then…

Our whole selves, even the most hurt parts, persist in us. We are not broken. We did not die. We live.

This entry was posted in Uncategorized and tagged Fearless Words, not broken, workshop write. Bookmark the permalink.