NaBloPoMo #11: honoring the other veterans 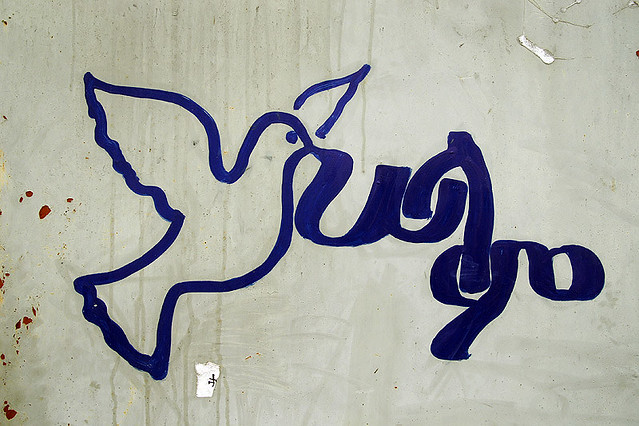 Good morning to you exactly where you are. I’m in my orange living room, listening to the sizzle of toasting banana-oatmeal bread. The light peeks up over the Oakland hills, breaking through the cloud cover, giving us a spray of sun.

This is what I want to tell you today: every single time I sit down to write, I freeze up. My mind goes blank. All the voices that want to tell me how stupid or crazy or has-been I am come roaring up inside my throat, behind my hears, in my belly and bones. They tear the words from my fingers and laugh at them. They want to know who I think I am. If I don’t try to write anything serious, then I’m ok. If I only write in the notebook, where the words will not be seen or heard by others, the voices quiet down. But once I sit here, fingers poised over keyboard, intention sharpening to cut through the bullshit into what I really wanted to say, the voices come hard. They know how to protect their turf. And they know how to beat me back into submission. They know I will give up sometimes, and so they come at me every time, ready to overpower me again.

Here’s what else: Today I am thinking about Veteran’s Day. I want to sit here and simply honor those who have served our military, who have given their lives, in one way or another, to the idea that the military keeps us safe. I want to easily enter into that safe and comfortable cultural narrative. And the truth is that I do honor those who went to war and were changed by that experience. I wish they had had other options. I wish they didn’t feel the need or call to take up arms against others. I wish they were more supported by their institution and by their country when they returned.

Yesterday, as I was driving down route 880 toward Sunnyvale, listening to KALW, I heard a promo for an upcoming program about the National Security State — how we in the US have been conditioned to live in an environment of perpetual war. And this morning, I got to thinking about how many of us are already conditioned to this idea that we are under siege. A traumatized population is a more-easily controlled population.

These are the wars that hold me in thrall these days: the war on women (of course including the war on transwomen), the war on children, the war on anyone who doesn’t inhabit a masculinity that values power-over and dominance.

And when will we talk about what’s really going on: that men see women, children, and some other men as prey, and feel wholly entitled in treating prey as a predator would. How do you uproot a message that seems woven into our DNA?

Today, I’d like to see all veterans of foreign and domestic wars standing together today, recognizing their common enemy — the ideology of power-over and better-than — speaking out against sexual violence and violence of all kinds, and raising their empty and open hands for peace.

This entry was posted in Uncategorized and tagged all veterans, peace, veteran's day. Bookmark the permalink.

2 responses to “NaBloPoMo #11: honoring the other veterans”