the system serves those it was designed to serve

Posted on November 25, 2014 | Comments Off on the system serves those it was designed to serve 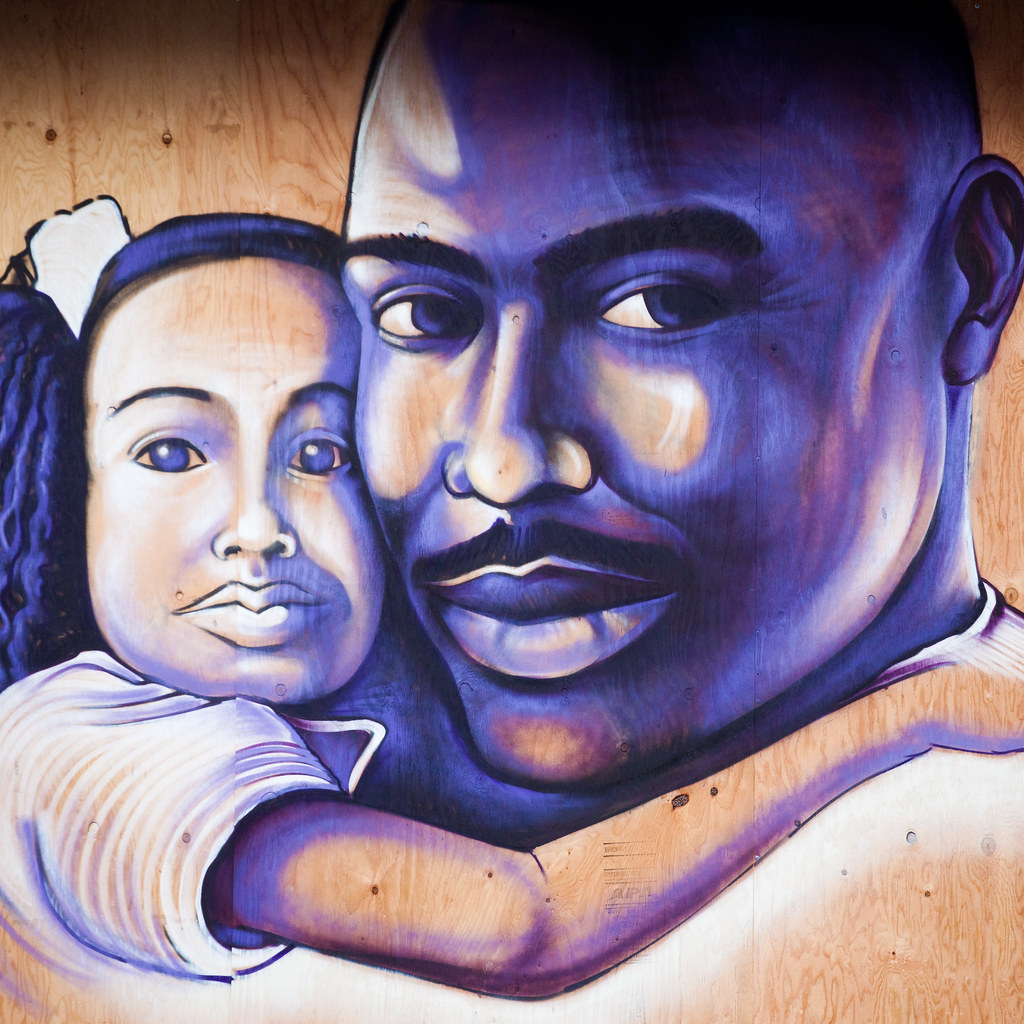 Oscar Grant with his daughter

Good morning, good morning. Oakland is quiet outside my windows — only the helicopters are disturbing the peace.

I am heartsick this morning, as so very many of us are today, at the unwillingness of the grand jury in Ferguson, MO, to indict Darren Wilson on any charges whatsoever related to the killing of unarmed, 18 year-old Michael Brown. Officer Wilson shot the young man at least 6 times. 6 times. The officer claims he was afraid for his life, and shot in self-defense. At least 6 times.

Meanwhile, across the country yesterday in Florida, Marissa Alexander accepted a plea deal, and will go to jail for only three years (rather than the 60 she’d been facing) after firing a gun into the air in an attempt to warn away her abusive, estranged husband. This is a man who had hurt her in the past, who was threatening to hurt her again, and she did not aim the gun at him, nor did she harm him.

She was arrested in Florida, which has a Stand Your Ground law, made infamous by George Zimmerman, who used that same law to defend his killing of Trayvon Martin. According to an article in The Guardian, “The law says individuals have no duty to retreat from a place where they have a right to be and may use any level of force, including lethal, if they reasonably believe they face an imminent and immediate threat of serious bodily harm or death.” Zimmerman was found not guilty all the charges brought against him. Meanwhile, an abused woman has been in jail for 1,030 days. Her estranged, abusive husband — think he’s been in jail?

In Cleveland, a 12-year-old boy is shot and killed by a policeman. A 12 year old boy.

This morning, I am aware that our criminal justice system is protecting exactly the folks it was designed to protect. Last night, while relentlessly updating my Facebook and Twitter feeds, I read many reminders to white folks that undoing racism is on our shoulders — it’s a system that serves us, and we are the ones responsible for unlearning what we have been taught are our rights and privileges, those that arrive on the backs of folks of color. Someone wrote that it’s a mark of white privilege if you are (if you get to be) outraged by the decision in Ferguson, rather than terrified.

This morning I feel numb and overwhelmed and outraged and terrified. I feel like throwing up my hands in resignation, which is also an extraordinary privilege — it is a mark of white privilege to get to walk away from this whole issue, or imagine that I can.

In her book A Feminist Ethic of Risk, Sharon Welch writes:

Welch’s book was transformative for me, at a time when I was burned out around anti-domestic violence work. The system of misogyny and men’s power over women is so entrenched, I thought — nothing we do is going to ever change things, not really. I just wanted to crawl into a hole and hide until “it” was all over, which was going to happen somehow, but I didn’t know how. While doing my MA work in Transformative Language Arts, one of my advisors encouraged me to read Feminst Ethic of Risk. In this book, Welch describes working in a primarily white, middle class community engaged in anti-nuclear organizing in the 1980s, and watching as the folks she worked with burnt out as a result of the particular individual work ethic with which they’d been raised — an ethic of control, one that taught us that we should be able to do it all ourselves. But social change isn’t something that any one person accomplishes change alone — Martin Luther King, Jr., Mahatma Gandhi, Rosa Parks: they’re often held up as representing what a single individual can do if they stand up to power. But all of these people had an organized community of resistance around them. They were never working alone. We can’t do this work alone, the work of deep social change — we do it in conjunction with others also in resistance.

We also cannot do the work expecting to see change in our lifetimes; we do the work to end racist culture or rape culture in order that we might hand over something slightly shifted to our children, to the folks who will take up the cause after us. We take small steps, make individual connections, do the work on a local, one-with-one scale, and we understand that big change happens in this way: slowly, cumulatively, change accretes.

Today, that doesn’t feel like enough. There has to be time for grieving and rage. But the work never stops. Progress can’t be held back. Change is coming.