remembering how to trust the ride 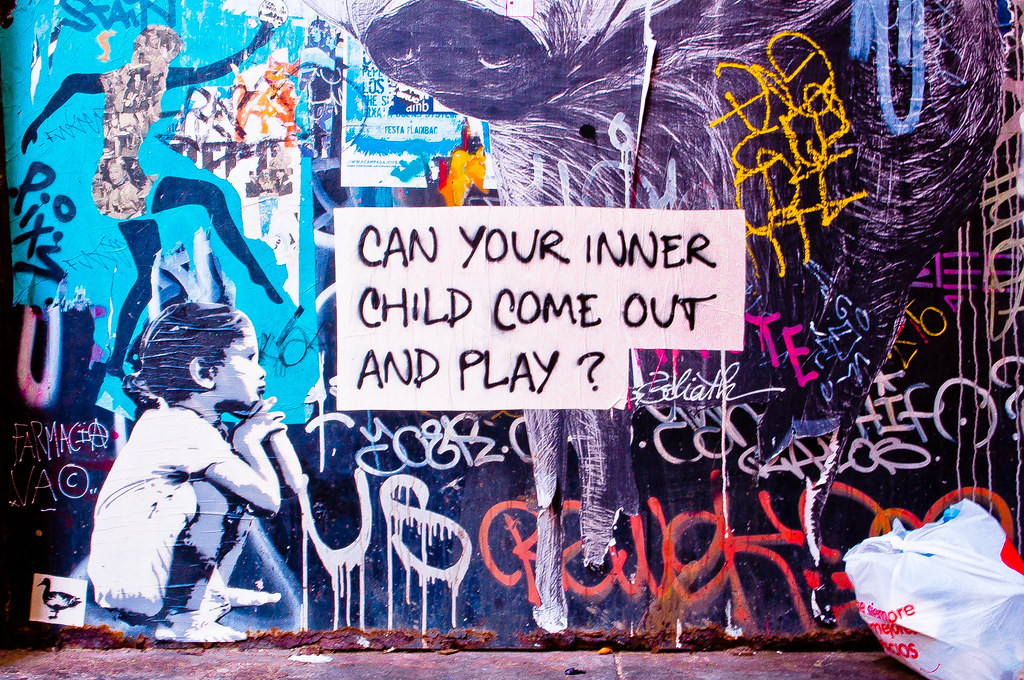 Pat Schneider says that, when you go on retreat, you have to expect to sleep for the first three days — it’s your body coming down from its usual routines. It’s 9:30 pm now, late, and my body is tired, the good kind of tired, the tired that says I have spent the day in sun and movement, spent the day in or near water. Soon enough the rhythm of the waves will be inside me. Last year I spent so much time floating in and riding the sea that I felt that metronome of earthly energy in my body back on the beach, lying down to read, sitting at the table for dinner, climbing into bed. This is what I want to be able to give you.

Today I have thought a lot about my nephew. I thought: This is the closest I will get to parenting, this relationship with him — and then I wonder if that is true. I imagine walking with him along these beaches, pointing out small shells, pointing out crabs and urchins and tiny starfish, answering what questions I can and learning from him, too.

I’ve finished one (Andrew Vachss’ ShockWave) of the 11 books in my vacation pile this year, and have discarded another from that pile after only reading about half (Augusten Burroughs’ Magical Thinking) — it takes a lot for me to decide to quit reading a book; usually I’m the sort of reader who will just keep plowing through, searching for the good part, assuming that there must be some good part in there somewhere – I mean, it got published after all.

But I couldn’t do it. Burroughs’ voice in that book is so self-centered and whiny it makes my shoulders tense, which is the opposite of what I want just now. So I put the book down, and started reading both Annie Dillard’s Pilgrim at Tinker Creek and Lousie Erdrich’s The Bingo Palace. And then tonight I picked up Burrough’s memoir of his father, Wolf at the Table. Why, after my response to  Magical Thinking, would I pick up another of his books? 1) I’m a sucker for a good, terrible trauma story, and this is supposed to be exactly that. 2) I’m thinking a lot about fathers these days. 3) There are books of Burroughs’ (Running with Scissors, Dry) that I really appreciated, have read repeatedly, and teach me things about writing trauma memoir. 4) I wanted to see if this one irritated me as badly as the previous one did. And the answer, so far, is that though it’s not as whiny and egocentric as Magical Thinking‘s essays feel to me, still there’s that something that has creeped into Burrough’s writing voice — I want to find the words for what it is. I wonder how far I’ll get through Wolf at the Table.

We ate homemade crabmeat rolls for dinner and brussels sprout-carrot salad with goddess dressing and almonds. And ice cream. And a chocolate donut (just me, left over form breakfast) .

Time spreads out here, flattens and unrolls all around us. The clock changes meaning – we pay more attention to the position of the sun in the sky than to the hands on hour or minute. We read and read, and then we sleep, and then we walk, and then read or swim or write. We make up a shopping bag with beach snacks, almonds and dried apricots, cherries, an apple, triscuits and wheat thins, the carrots and cucumbers from our garden at home. Everything smells like sea salt and sweat. My skin still smells like the waves I soaked in. In the water, I looked out at the calm stretch of ocean; at high tide, the water was nearly flat; The waves were shallow and the bodyboarders had to make do with little crests of foam to get pushed into shore. The teenage girls paraded in their bikinis, and the teenage boys threw footballs and frisbees in the water, stretching and diving, showing off more for each other than for the girls, but for the girls, too. The sky was flat blue above me, but clouds curled in tight whipped cream frothed to the east, ow in the sky. Out aways from where I floated, gulls and terns dive-bombed the water, reaching for the minnows fluttering in schools beneath us all.

After dinner, we took out the beach bikes to cruise around this community of old one-story houses and brand new mansions with eight or more rooms. I tried to remember how to ride with no hands. How did I used to do it? My sweetheart tells me she doesn’t think this is a good bike for that, but I think it’s something in my body that doesn’t remember how to trust the combination of gravity and propulsion, doesn’t remember how to situate itself loose enough in the seat to stay upright and balanced while my lower half pedals forward, always forward, coasting, easy in my skin, easy in my bones, easy in the saddle, easy in the rhythm. I wonder if I’ll remember by the end of these two weeks here.

At the bike shop to pick up our rentals, I felt that ache that always rises in bike shops, a sense of not belonging, of waiting to be reminded I don’t belong. When  was young (how old? I can’t remember? 8 or 9 or 10 – ), my dad took me to a bike shop to get something and I was looking at the bikes in the shop while he did whatever he had to do. Some of the bikes had a bar across them, from the seat to just under the handlebars. My bike, a blue Schwinn with a banana seat, didn’t have that bar. What was it for? I didn’t know that there were boys’ bikes and girls’ bikes — I thought there were just bikes. I asked my dad about at bar, but before he could answer, the kids who worked there — young boys, teenagers probably — laughed at me. She doesn’t know what a crossbar is! She’s so stupid! I felt my face flush  and I just wanted to leave. Outside the store, my dad said, Those boys made me so mad. I wanted to tell them to they were stupid, too.

What kind of young men make fun of a child asking a question? Do I even have to ask?

I think of the time my sister and I were on a Greyhound bus on the way back from visiting my mother’s mother in Hastings. We had been at her house for a week, maybe more, and we headed home. Grandma had packed us sandwiches for the trip, and little individual tarts, vanilla pudding in homemade crusts. I couldn’t wait to eat them. When we stopped in Lincoln, my dad was at the bus station to check on us, make sure we were all right. We weren’t staying with him, he was just checking in. The stop was short, and soon we had to get back on the bus for the last leg to Omaha, 60 miles away. We waved at my dad out the window, and maybe were crying because we didn’t get to see hm very much and we missed him and were were young and scared on a Greyhound bus alone. The men in the back of the bus — young, maybe hippies? — waved too, mocking us. Bye bye, Daddy! Bye bye! And they hooted with laughter.

What kind of man mocks a child waving good bye to her father?

This entry was posted in Uncategorized and tagged books, family, vacation time. Bookmark the permalink.

One response to “remembering how to trust the ride”