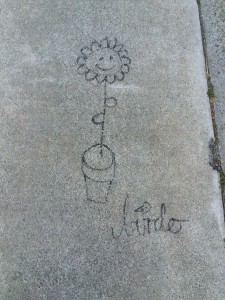 How many of us actually have that kind of home?

I’ve written about this before. Home is a spread-out space for me, an unrooted word. I say Nebraska is home, midwest is home, Omaha is home, Oakland is home. Do I say my body is home? For many years I said Maine was home, thought it would always be home, once upon a time, though I always also felt like an outsider there (it takes a long time before Mainers stop thinking of someone as “from away” if they weren’t born in the state) — of course, that experience wasn’t unique to Maine; I felt like an outsider everywhere.

What is it I really want to say here? I go back to that northern New England coast, and we spend several days in 50-degree weather, not so different from here in Oakland recently, and yet, I was all prepared for summer. In fact, I’d brought mostly bathing suits and short sleeved shirts with me — one sweatshirt, one pair of jeans, and those were not enough to keep out the chill. I remember that chill. I remember how crazy I used to get every single year: What do you mean it’s May already and still there’s snow on the ground, still I can’t plant anything? Spring was supposed to show up in March, same as it had back home (home) in the midwest; that was the seasonal understanding that had lodged itself in my bones and wouldn’t move. Even here in Oakland, where I can garden all year round, I leave things fallow in winter, and only start planting in March — maybe that’s one way to know what home means: what do your bones say? What does the landscape of your inside expect? Our inner landscape is formed by the place(s) that formed us — particularly, I think, when we are very young.

It’s not just violence that shapes us. We’re also formed by the seasons we grew up in and on, the way the tides worked (if there were tides), how the sun moved across and through the sky, the insects we grew familiar with, what animals we expected to see when we drove across any stretch of country or walked up the block or took the bus or subway over to see family. There’s natural world all around us all the time, even when we’re embedded in the middle of Brooklyn or Oakland or even Omaha. What do the leaves in the trees do, and when? I’ve said before how difficult it is for me to be aware of time passing in the same way since I’ve moved out here to California, where it never snows (at least in the part where I live), and something is green all year long — the seasons don’t work the same way, and it’s the seasons that taught my body to mark time so long ago.

But there’s something else about home, and that’s people — that’s family. Home and family go together. At least often they do. At least for me, in the way I was raised to think about home as a young person. On the last day of our short visit back east, we spent an hour or so with my sweetheart’s family, at a dance recital in which one of her young relatives was performing. The recital was held at a high school auditorium, and the place was packed — hundreds of family members there to support their children (almost all girls but there were a couple of young boys who took their place on the stage, too, whose parents I wanted to hug, because I immediately began to worry about the ways those boys might get teased). The kids on the stage ranged from pre-schoolers to seniors in high school, and there was even a group of older women who’d come back to dancing later and got to show off their stuff, too. Folks in the audience all seemed to know each other — this was a tight-knit community of folks whose families had probably lived in the area for generations. The girls took the stage in various configurations of costume, and tapped or balleted or tumbled or jazz danced around the stage to the big applause of the gathered community. I wondered what that must be like, to be supported that way, not just by your family, but by the folks who live up the road, your friends’ families, the bigger family that your community makes. I thought, Maybe there’s a netting around these kids, something that says, We believe in you, all of us do, and we want to see you have everything this life can give you.

Here were the littlest girls done up in sweet tutus, hair tightly wound in buns, watching their teacher guiding them from the wings of the stage, and the crowd chuckles as one of them waves her arms around and around in wide, wild circles, like Wile E. Coyote on the edge of an Arizona mesa, when she loses her balance (then does it again and again, I think, having heard our appreciation). The slightly older girls put hands on skinny hips, show off how limber they are, falling into splits or lifting a leg so that their calf is at their ear. The one boy we got to see dance was in a tumbling class, put his hand on his hip, too, and bounced like a diva while waiting for his turn to cartwheel or backbend or somersault, in a plain purple t-shirt while the rest of the dancers in his group wore glittered tops. The oldest girls give us polished performances, stand up on toe shoes, the image of prima ballerinas.

I watched the youngest girls and thought, Don’t get raped. Don’t get raped. I didn’t want the thought, shoved it away. And then I thought about the girls who were already hiding from fathers or brothers or cousins or classmates or uncles or the guys up the road — how many girls up on that stage were already being abused?

I just wanted to appreciate the dance recital. Why couldn’t I just be in the moment?

Because rape, that particularly intimate violence, is also home to me. I don’t want it to be. Scraping away a part of home that has got embedded is long, piecemeal work. And the truth is that the home that rape made in me is of newer construction than the baseline understanding of ‘home that lives in my bones: home in nature, home among kindred, home in cicada-throbbed summer humidity and wind-whipped winter blanch. The newer stuff can be peeled away, can’t it? Like the terrible wallpaper that someone plastered over the walls of your grandma’s house, you can gently peel it away — it has to be gently; every time I try to tear the rape out of my psyche, I end up yanking out good, old, tender memory I want to keep.

This will be a good day to get hands in dirt. Dirt is home, too. And cuddles with a dog. and words. Words make some of the oldest home of all.

Keep writing, ok? Those words you make could very well help resurrect some bit of home you didn’t know could be recovered — and could do that for someone else, too. Thank you.

This entry was posted in Uncategorized and tagged home, Maine, trauma aftermath. Bookmark the permalink.

One response to “peeling away what isn’t home”