NaBloPoMo #5: Call the calling off off 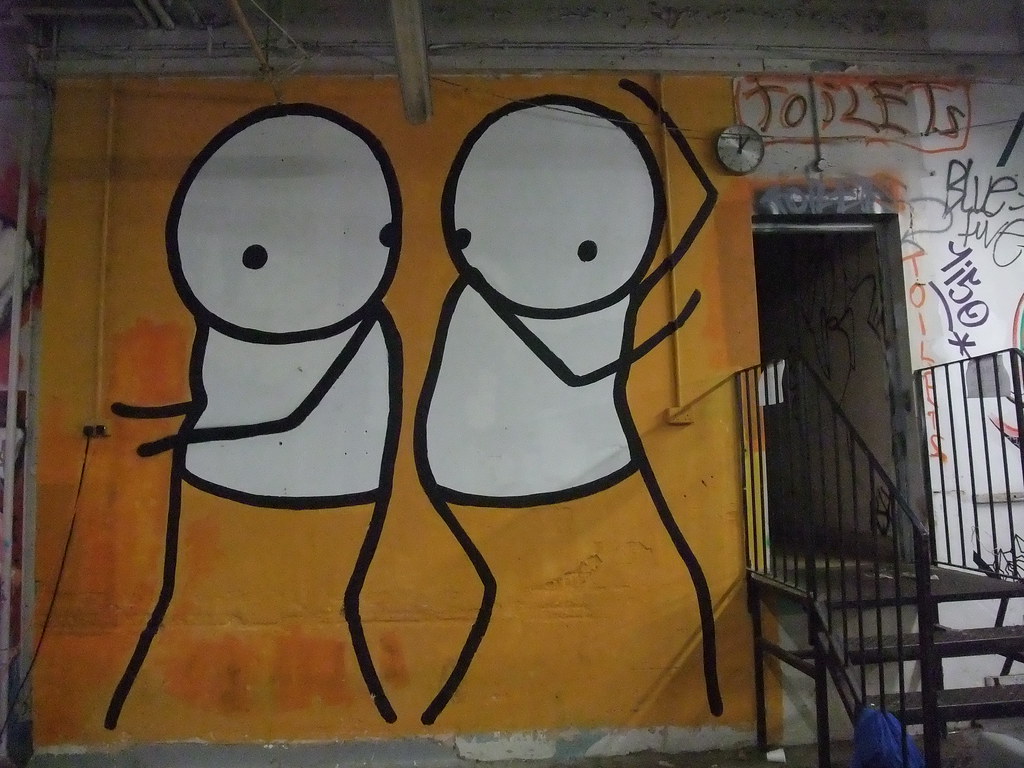 Today’s prompt comes from last month’s Writing the Flood. I used Autumn in New York as the prompt (Ella and Louis can always get something going).

We had about 20 minutes, and this is what I wrote:

My brother-in-law does a great Louis Armstrong.  At almost any opportunity, this young Italian guy from Buffalo, NY, will deepen his voice to as froggy as it gets and bets out verses from some song or another — if he were here now, listening to this prompt, he’d be singing along, voice craggy, not making fun, just channeling. But it makes my sister laugh, delighted, and so he keeps on doing it.

On the night before their wedding, my sister and mom and I were all at my sister’s apartment, finishing up all of the everything that got left to the last minute to do. We made favors, put batteries into the forever candles, and cut mint green and persimmon Gerber daisies into the right size for center pieces, bouquets and boutonnieres, then bound up each small bunch and tied them with wire and then ribbon and tucked them in buckets of water in the refrigerator, which got filled like a florist’s case before the night was over. It was close to midnight, or after, and my sister was in hear hysterics. Each time she got frustrated with the bouquet and favor creation process she would run into the office, where her soon-to-be-husband was working on his own wedding projects, and say, Are you doing the playlist? You said you’d do the playlist. And we have to rehearse the dance! And after he nodded and reassured her that everything would get done, she’d come aback to tie up a bouquet and cry, This is why I didn’t want to wait to do this all at the last minute!

We three women, who have so much history and ache and persistent hope among us, were doing pretty well, considering the hour and the fact that we were barely going to get any sleep, and my sister needed to do something on the computer but she couldn’t because her sweetheart was using it to do whatever he was doing — something important for the wedding, he said — but it didn’t look like that to her and anyway he was supposed to be working on the playlist — and when are we going to practice our first dance?

We took a break from our bouquet-making, fingers raw and pink, and all went into the office. i stood back by the door, anxious, certain that they were going to start fighting soon — but then my sister’s fiancé stood up from the desk chair and took her hand. Both barefoot in faded denim, with faces lined with worry and longing, they stood together in the middle of the small room, and we were soon surrounded by the voices of Louis and Ella, bickering back and forth about tomato, tomahto, potato, potahto, and let’s call the whole thing off. This, I soon found out, was their song. Right away, Ryan sang along with Louis, even doing the trumpet bits, while guiding my sister across the carpet, suddenly rehearsing. She leaned into him, moved her feet with his, and laughed and laughed and laughed. In that moment, nobody else existed for them, and I could see who she was marrying: a man who understood her this way, who was industrious and light, who could encourage her to turn away from the doorstep of panic and anxiety — the place that has been her home in the aftermath of her trauma — and ease back to the joy always just within reach.

The danced and sang and laughed and held each other; my sister appeared to relax. Of course, as soon as the song was done, she asked him, But you are doing the playlist, though, right? And he was. The next day, after a small ceremony by a quiet pond in the middle of the valley outside of Los Angeles, at a reception where no alcohol was served in honor of the bride and groom’s sobriety, as well as that of more than half of the attendees, the floor was packed with jubilant dancers, after the just-married couple, now in gown and tuxedo, replayed for the gathered crowed what my mother and I had witnessed the night before. Better call the calling off off.

This entry was posted in Uncategorized and tagged familyluv, sister love, workshop write, writing the flood. Bookmark the permalink.