what does it mean to love a word? 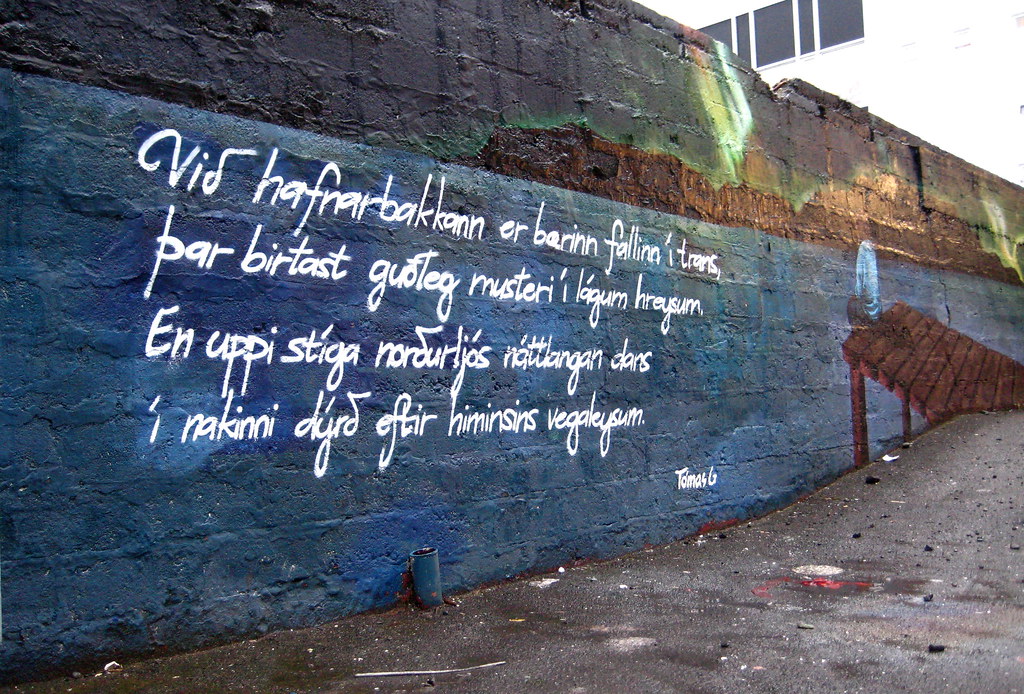 Good morning, good morning. It’s a bright day here, was already when I opened my eyes at 5:30, sun already pushed over the horizon, clouds cleared away, sky preparing to burn. The garden is happy for these bright, warm (even rainy — a miracle) days — but I’m feeling crabby. And not just because my period is several days late.

I am missing the dark these days. I need some hibernation time, a period of incubation — I’d like to write in the cave for awhile. If I wanted to wake into darkness, I’d have to set my alarm for 4:30, or even 4 — which means going to bed early, which makes these workshops that go until 9:30 or so a problem. But the workshops are winding down — and that’s bringing its own sadness.

This week was the last meeting of the most recent Meridian group, my Wednesday morning writing group. We had a luscious celebratory potluck breakfast: homemade bean-and-cheese dip (with homemade tortilla chips!), many fruit salads, yogurt, ripe ripe apricots, and a gluten-free apple-pear oven pancake. We ate together and laughed, and the writers discussed when they’d be meeting next — this group has decided they don’t want to stop writing together, and have already started gathering at local cafes to keep this good, supportive community writing energy going. We had time for a couple of writes, too, around all that eating. First, we wrote in response to this beautiful poem by Sade Murphy (what do you want your words to do?). Second, I handed around a bowl containing bits of the natural world: sea shells, buckeyes, a tiny pine cone, stones — at the last meeting of any workshop these days, I hand around such a bowl, asking the writers to pick the item that calls to them, and add it to their writers altar or put it next to their computer or keep it in their pockets as a reminder of the writing community they were a part of that is still supporting them, still cheering them on, still very much wanting their words. Then we made lists of five or so favorite words, passed those around to one another, and used those two things as our prompts. Here’s what I wrote in response to that second prompt:

What does it mean to love a word?

What does it mean to want to caress its flavors in your mouth?

What does it mean to only love it for its bumps and edges, the stun of its syllables, the way it turns the mouth into a playground?

What does it mean to not care what it means, just to live that it does mean — means something to somebody, has a place in a vocabulary, a license to belong in somebody’s throat?

What does it mean to want to know all the words this way — sibilant and labial — take hold of them between lips and teeth and tongue (caliphate, seraphim, cellophane) make the music that is the play of words and what lives beneath them, between them, inside and around the fringes of their precise lettering and (nefarious and globular and cloaked) texture?

I love the multiplicity of words, not the fact that there are more words in human existence now in the many languages we have enacted across geography and time than can never be know (graphite, asterisk, jocular, dose) but I mean how each word itself is also a world, is its spelling and the art of itself on the page, is its alteration in shape and taste over time, is of its origins, carries within its body the linger of breath of every human who has ever spoken it (sanctimonious, puerile, belittle, strobe) the word is what it means now, what it meant yesterday what it meant five years ago, two-hundred years ago — all of those shades flavor it still. And then there is the fact that you and I mean something slightly different whenever we say any word (the, few, handful, maybe, little bit, route, roof, left, slide, shelf, soul, recover, survive) — our histories with every word we know is unique, tinged by who spoke it to us first, who used it against us, what it meant in the place where we were born, what it emanate in the place where we began to become ourselves, what our mother’s voice did when she said the word, or Miss Johnson’s voice in our dim 4th grade classroom with the smell of playground sweat and chalkiest and those maps that pull down over the blackboard, revealing the metaphor of the world we’d been given to understand, hiding the math problems we hated.

Celebrant. Agitate. Wobbly. Repellant. Bombast. Every word is a light and a hiding, tethers us to some meaning and separates us from others, every word shatters away infinite possibility even as it illuminates — we hope — a particular, precise, pressing picture. Xylophone. Robocall. Vestibule. Celibate. Captivate. Fall.

What words are calling you these days? What words do you love? Where do you find the nurturing darkness that delivers you into the words you most want to write? Are you making the time and space to go there?

This entry was posted in Uncategorized and tagged ceremony for a final group, love of words, meridian writers, workshop write. Bookmark the permalink.