asking once was already too many times 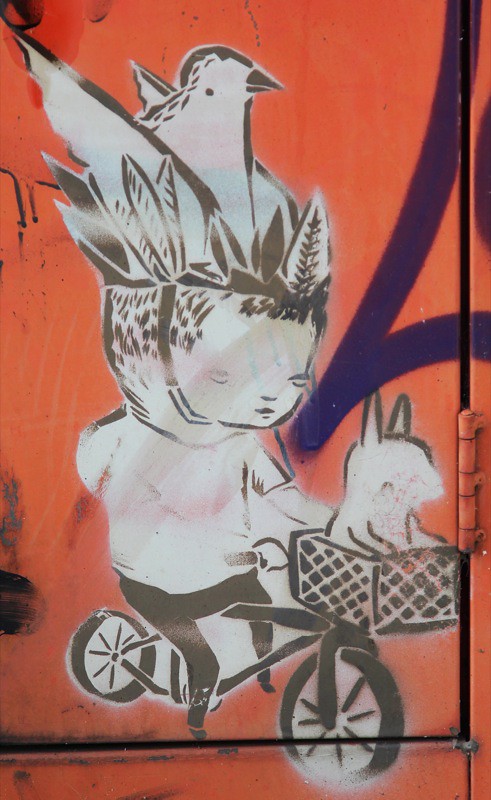 Good morning, good morning. Is the sun up where you are yet? Here it’s all fog and hush.

There is still a cereal bowl in the bathroom. Don’t ask me what a cereal bowl is doing in the bathroom. Did someone eat cereal while going to the bathroom, or while walking into the bathroom or…? I can’t answer. What I can say is that it’s been there now for about 30 hours, 36, and in that time, more people than me have been into the bathroom and seen the bowl with a spoon resting inside it and bits of cereal stuck to the sides. But I seem to be the only person who cares about it. I am certainly the only person obsessing about it. I mentioned it yesterday morning — please have him bring his bowl from the bathroom to the kitchen to the dishwasher — and also last night — go get that bowl and bring it to the dishwasher, while you’re loading it up after dinner. But still the bowl still sits in the bathroom, on the sink next to the toilet.

It’s not the cereal bowl, understand. it’s what it represents.

This is the work of the trauma survivor stepparentish figure. There’s no name in our culture for what I am here. Not stepmom — that’s not what I want to be. I don’t want that word. I’m mom’s girlfriend. Just Jen. I have the feelings and fears and urges of someone who stands in what seems to be the role of a parent, but I don’t have the responsibility or the space to act on them— what I mean is, I am not the parent here. I am not ever the parent here.

A couple of weekends ago, he said something in a funny way to his mom and I asked what he meant. He told me it was mother-son language, only mothers and sons could understand. He said his mom could understand, my sister and her son could understand. He was smiling at me, sly, squinting his eyes in the sun, and I made a joke of it. We were on the beach, we were out with family, it wasn’t the time for me to storm off in a hurt huff, though every time I think of it since then, I imagine doing just that, acting out every movie girl in this situation: she’d get up and say, thank you for reminding me that I’m not your parent, that I’m not anyone ’s mother and never will be — as though I needed reminding, as though I don’t know it every day — and then walking off into the beautiful sunny windy wracked beach day and getting her bearings alone, leaving the boys and their mothers, the mothers and their sons, to speak in the language that they alone can understand.

He was joking. You get it. He was playing with me, I think. I don’t think he meant it to sting, any more than any of the sarcastic jokes he makes as he tries to get the hang of sarcasm he means to have sting — but it did sting. It does.

I pick up the strong green tea and take a sip, look out the window into the still-grey day.

This is when I think I ought to get to coda or alanon or something, someplace where I can share my feelings and be reminded that I have to wash my hands of it. Is that right? That I have to let go and let, well, not god, but J’s mothers do what they think is right. I am not one of those mothers. I am an adult woman here in the same house, in the same room, without a mother’s voice.

That’s what it feels like, and it’s made worse by this other voice, this past in my head, this remembrance of what would have happened if, at fourteen, I’d left a cereal bowl in the bathroom at all for even five minutes, to say nothing of thirty-six hours. I imagine glancing at my: can you imagine? She’d shake her head. I know, she says in my imagination. I know, right?

What would have happened was yelling across the house. What in the fuck is a bowl doing in here? Someone would respond immediately, and if not, the yelling would get louder, and the subsequent family meeting would be focused not just on the thoughtlessness and selfishness of someone eating in the bathroom and leaving their mess for someone to clean up, but what was going on for them that they thought it was acceptable to do this, to expect to be taken care of that way, picked up after, to drag mess, human mess, through the house–but also on why it took so long to respond when he called our attention to it and what else we were thinking of and why we were ignoring him and how we thought we were going to get away with it and what we were going to do to prove that we had learned our lesson and wouldn’t do it again the next time.

All this over a bowl in the bathroom. My wanting to leave the bowl in the middle of J’s bed to see if he remembers that I’ve asked him twice to bring it into the kitchen pales in comparison, at least in my own mind. My wanting to wake him up and tell him to deal with it now, at 4:30 am, doesn’t seem nearly as bad. But it’s a branch off the trauma plant that lives in my belly. My response to everything he does is inflected by my past, by not wanting to be the stepparent I had to live with in any way.

By fourteen and twelve, my sister and I were scared of our stepfather. We were scared of doing or saying wrong things. And I worry that  J has that same fear around me, scared of instilling that same fear in him. It doesn’t help for me to go glowering around the house in a resentful huff because something I’ve asked a teenager to do twice wasn’t attended to instantly.

You have to understand: in our house, if our stepfather asked us to deal with something once, that was already too many times — we should have known already that we needed to do whatever it was. You see?

The stepasshole we lived with wrote a paper for a magazine about stepparenting, back in the day, about the struggles of being a stepfather to teenagers. I search for the article, to quote to you from it, but all I get are transcripts from our stepfather’s trial and the appeal.

I look up resources references reading about stepparenting, since that’s the language we use for someone in this position I’m in, sort of, but the ones for stepmothers  all assume heterosexuality, and in any case, none of them say, here’s what to do when you find yourself in a step-ish position and you are terrified of emulating the traumatic, abusive stepparenting you experienced as a child. I look up, “stepmother sexually abused as a child” and get a pageful of links about sexually- and otherwise-abusive stepmothers. (I don’t even try to look up “stepfather sexually abused as a child”…)

All those Grimm fairy tales with the evil stepmother. As if that’s not difficult enough cultural baggage to try and walk with.

I might want a different word, a different name, but stepsomething is the name we’ve got in our culture for the adult who gets together with a parent. Mostly I don’t get a label — certainly it’s not a word he uses for me, or likely ever will. His name for me is my name. Just Jen. No relationship to him. His mother’s girlfriend. The same sort of distancing that I go for when I call the man who hurt me my mother’s husband —put the responsibility on her, don’t take possession of him by calling him my anything at all.

J, of course, isn’t working from my history, my memories, isn’t trying to avoid anything like what I went through because he doesn’t have any of those ideas in mind. He’s just being himself, having his own childhood, which has its traumas along with its ease, though all I can really see is ease, comparatively. I have the quote from Theodore Roosevelt as the backdrop to my screen right now: Comparison is the thief of joy.

How do we step out of the roles our trauma makes for us, the fear that we will never be more than our abusers told us we’d be, our fear that we will become what hurt us, what we hated? All I know is going slow and not keeping all the fear inside, in my own body, in my own heart — is speaking it aloud sometimes, talking to people I trust, people who understand. And writing, of course, writing. That helps, too, make sense of this one more thing I’m learning to do in the aftermath of trauma, through the lens of a violent history, trying to allow myself to become something more than the lies a stepfather made me believe were my destiny.

That, and asking a certain sleepy teenage boy, once more, to just please take that bowl to the kitchen.

Thank you for for your faith that something can be different than you were taught it had to be, for holding your hands open to the possibility of growth and change, for nurturing the child in you that still needs good parenting even while you offer the same sorts of nurturing to folks all around, child and adult alike. Thank you for being gentle with you. And thank you for your words.

This entry was posted in Uncategorized and tagged parenting, step-ish things, trauma aftermath. Bookmark the permalink.

3 responses to “asking once was already too many times”