Posted on September 7, 2010 | Comments Off on ww: the place where land trumps human 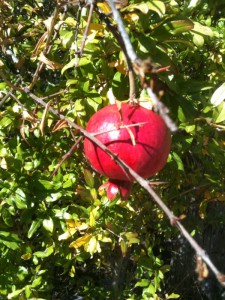 It’s a Tuesday morning and there’s quite a bit that I want to say today, but most of it needs to go into my notebook first, to compost there, to cook through that writing process first and then be ready (be ready?) to grow into something new that might come up here —

Did you have a three-day weekend? Did you take some quiet time for yourself?

Are you still thinking about your fight/courage songs? A few more folks have added theirs to the list — what are yours?

Today’s a Write Whole post day, thinking about the ways we write ourselves whole, the ways we are whole already and can use writing to discover (and re-discover) that.

I’m looking forward to writing with you, and/or sharing with you some of the writing that happens at each of these spaces!

Let yourself choose one of these, maybe one that doesn’t make a lot of sense, or that you’re especially curious about — and give yourself 15 or 20 minutes with it this morning.

(Remember that it’s ok to change the prompt in any way that’s interesting for you: you might change the pronoun from the first-person I to the third person she/him/hir/they, or you might negate the prompt: you don’t have more than a lifetime’s supply of… what happens then?)

She has more than a lifetime’s supply of Nebraska, pushing and bubbling in-between sinew and vein. She carries it in her body, isn’t that so? Does she need to visit again the place where she was born, the place where land trumps human, where flat is the misnomer of the Arapahoe or Winnebago or Ogallala or other Sioux Indian word stolen for the purpose of setting a name to an ostensibly newly-minted part of the country, a part  that isn’t actually flat at all?

It’s a land tufted with bluffs and curves everywhere, a land blustered and burbling with curves like the feel of ribs beneath a body, beneath a hand — a place that sloops and swishes and drops off and yet breathes open immensity, with the every day plainness of breakfast cereal. Clear the cities away and what you have before you looks like it could be the end of the world, surely the sea, nothing could be so exposed, so wide and planed in the distance, and still so rugged and swaying up close.

What I’m saying is she knows the truth of the place — she knows the sense of exposure you get out in the middle of the interstate when the summer clouds thicken overhead, when the was-oppressive hot summer air turns sharp with sudden cool and the rain comes plummeting on your car, the rain and hail, and you see the lightening split the sky first horizontal, then vertical, and you wonder if this is when you should abandon your old Dodge for that ditch under the overpass since you’re the only metal, possibly the only electrically-charged thing for miles —

and she knows that same feeling of electrically-charged danger and sudden, stripped-down exposure, inside a house, too, when the air goes from nearly calm to a clusterfuck of dangers with one wrong word slipped from a teenager’s mouth and the man who makes the weather in that house, he goes grey and bright with the possibility of confrontation, he shutters all the windows against some sudden fresh cool air, tamping down that mother, the sisters —

she still carries that lightening inside, even very far away, has more than a lifetime’s supply of thunder clapping against her bones, remembers the greenish way the sky would turn outside the house, before a tornado, and the destruction left inside after her angry stepfather had passed through her, her sister, her mother, all three — she has more than a lifetime’s supply, more than enough, right? And so why does she miss the smell of that earth?

Thank you for being there, for reading — and always, for your writing, too.

This entry was posted in Uncategorized and tagged jen photo, power of words, prompts, write whole, writing the flood. Bookmark the permalink.