what if we didn’t seem appetizing to them? 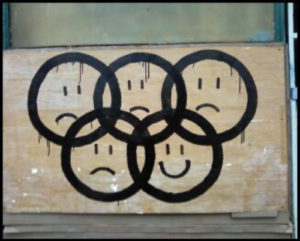 I am sick of writing about this. I am sick of hearing these stories. Now it’s Olympic swimming — oh, and a whole list of other Olympic sports — that’s in the news after “being hit with a sexual assault scandal.” That how the NPR announcer announced the story.

Was the sport hit with a scandal? That certainly puts the onus on the folks who’ve come forward, who’ve been coming forward for decades. This phrasing puts the blame on the victims for hitting the sport, the leaders, the organization, with this scandal.

That’s the power of the passive voice — it makes it sound like the organization was harmed, when, in fact, the headline should read, “Olympic swimming organization (and all the rest of these other Olympic sports) called forward to explain why, after twenty-plus years of being told about coaches’ sexual assault, rape, and sexual harassment of athletes, the leadership took little to no action, sometimes actively dissuading young athletes from reporting assaultive actions, and hundreds of athletes were subsequently profoundly harmed.”

That’s not a fucking scandal. That’s a crime.

Scandal sounds salacious, has kind of sexy connotations, right? Sex scandal is practically redundant. Scandal is titillating, something to be gossiped about —

Generations of girls and other young athletes being assaulted by coaches in the name of getting to the Olympics isn’t a scandal. It’s 1) a crime, and 2) patriarchy. Patriarchy isn’t a scandal.

Just this minute, someone is telling a mother, a nun, an administrator, a teacher, a friend in the business, a mentor, and are being told to shut up about it — that guy is a great coach; he’s the only one paying the bills; he’s our only hope of turning over that seat in the House; he has such great things to say about poverty and social justice; he’s a brilliant artist; he’s he’s he’s so much more important and necessary than you are, violated person, just keep your fucking mouth shut about how he made you do those things. 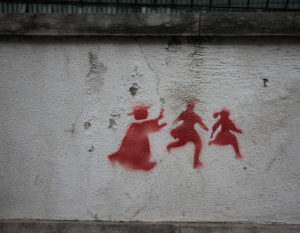 I have been thinking a lot lately about what would make them stop. What will cause men to stop raping children? You understand, this isn’t an individual family problem. This isn’t a mental health problem that individual perpetrators are manifesting. This isn’t about one kid, one coach, one priest, one teacher, one father, one stepfather, one boyfriend, one shopkeeper, one soldier, one babysitter, one camp instructor, one director, one neighbor, one troop leader, one librarian, one uncle, one cousin, one aide, one staff member, one counselor, one therapist, one tutor, or, later, one professor, one friend, one boyfriend’s friend, one frat guy, one supervisor, one boss, one uber driver, one guy on the subway, one coworker, one mentor, one agent, one spiritual leader, one guru, one self-help coach, one yoga instructor, one husband’s or partner’s boss, one more soldier, one bureaucrat, one government official, one coyote, one landlord, one guy at the bar, one parish coordinator, one group leader, one personal trainer, one conductor, one bus driver, one gang of guys on the bus, one brilliant writer who just wants to help you in your career, one other guy —

This isn’t about single perpetrators. This is about a history of humanity constructed around allowing and encouraging men to take what they want when they want it, by force, and when it stopped being quite so acceptable (in some places, at some times) for them to simply grab and consume, they figured out how to manipulate, which took maybe a little bit longer, but still got them what they wanted in the end.

Maybe there will come a time when men around the world just respect the bodily integrity and emotional well-being of the other humans around them. That would be great. But until that day comes, how do we teach our children not just to tell when they have been approached by an assailant, but to cause harm to anyone who would touch them without consent? Cause literal, physical, visible harm.

Is that where I’ve come to? Teach the vulnerable not to be vulnerable anymore. What could cause a gang of men on a bus to fear the girl they have decided to gang rape? What would cause a group of soldiers with weapons to fear the woman and daughter they have decided to rape before they kill? Do we have to talk around with grenades in our sleeves? Is this really the world I want?

I have heard vegetarians — those who were raised vegetarian or became vegetarian quite young — speak of how strange it seems to them that anyone would eat meat. They never developed a taste for it. Meat doesn’t smell like food to them; when someone waxes rhapsodic about barbeque or roasted chicken, they can’t understand what’s being desired. To them, it just smells like burning flesh, which simply isn’t appetizing.

How do we raise our boys around the world not to grow up to be men who have a taste for the flesh of children, to become men who don’t find the thought of violence arousing? How much would have to change for men to grow up differently? Do you think it can be done? What do we do to create that world?

Be easy with yourselves today. Take a deep breath, write or move or take a break from the news or talk with someone beloved to you or cuddle your kitty or treat yourself to an hour (or two) with a cup of tea and a good book. Support the folks you love who are struggling, and let them support you, too, ok? We will move through into this new world we are visioning and creating together…

2 responses to “what if we didn’t seem appetizing to them?”