singed: 21 things I learned at my first AWP conference 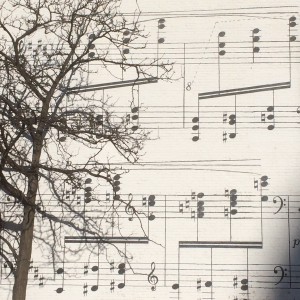 Good morning. Can you hear me still catching my breath here?

Perhaps needless to say, the attendance at the conference was enormous — a bit (just a bit) overwhelming for this introvert. But I am also so glad that I went, and quite grateful to Autumn Stevens, who invited me to participate in the panel she put together and moderated, “Words for the Wounded: Helping Special Populations Heal Through Writing.” This was my first writing/writers conference since the last OutWrite I attended since, what, 1998? 1999? In the intervening years, I’ve grown no less delighted and intimidated at the thought of gathering with so many Real Writers.

What are some things I learned at my first AWP in Minneapolis? Here, in no particular order, are some thoughts:

1. it’s a good idea to have a place to retreat to. (I ended up staying in a motel about a half-hour away by light rail, and I had to walk a ways to get to the light-rail station, which meant I had no choice but to exercise, also a needed thing when dealing with so much stimulation.)

2. it is absolutely impossible to do everything you’ll want to. (There were well over 500 panels offered during the three days of official conference programming; and then there were many, many, many offsite readings during the evenings.)

3. there is a creative community for your work, no matter how weird or experimental or “out-there” you think you are. (More about this later)

4. it’s ok to still be a fangirl, no matter how old you are. (Back in the 90’s, at OutWrite, I used to get weal-kneed and tongue-tied when catching a glimpse of favorite writers like Kate Bornstein and Patrick Califia; this time around, I got to experience the same thing when asking Christian McEwen to sign my copy of World Enough and Time, and, too, when I got to be in the same room with Lidia Yuknavitch, author of The Chronology of Water, a book that kept one of my Dive Deep cohorts in paroxysms of deeply-embodied creative hunger for months.)

5. it’s good to stretch in the mornings, so as to be better able to duck and weave around the ego and posing (More on this in a future post — suffice to say, if you gather together enough folks struggling with the idea of being a Real Writer, no matter how much they’ve published, you’re gonna get some attitude and self-importance.)

6. you have to eat more than a pretzel for lunch. (Enough said.)

7. you have to get more than three hours of sleep. (Ditto.)

8. it’s a good idea to look through the program before you get to the conference, and mark out what panels/readings you think you might want to go to — and you should look again once you’re at the conference, so that you can let yourself be called to what you really need to attend. (if I hadn’t done this, I wouldn’t have gone to the Queer Lyricism panel, which at first sounded to me — who’d never heard of the lyric essay– like it would consist of queer writers waxing rhapsodic about the Romantic poets, reciting Keats, Shelley, Byron and Rossetti from memory, but which ended up being the most personally meaningful panel I attended all weekend, as it provided a name and a community (lyric essay–who knew?) for the sorts of fragmented, hybrid, non-narrative, not-even-a-little-bit-traditional essay things I write that I have been calling weird and experimental and for which I assumed there was practically no market whatsoever. Wrong, that idea, it turns out.)

9. if you are a teacher or facilitator of writing groups, it’s ok to let yourself be a writer at this place, and choose to attend the panel that serves you as a writer even when there’s another panel offered in the exact same timeslot that would perfectly serve where you are right now as a teacher. (See above.)

11. it’s good to follow your desire even (especially?) it means you attend the panels that aren’t packed with the big name writers. it’s good to let yourself be broken into by a new-to-you poet. It’s ok to miss the panels with the big name writers, even if everyone is tweeting about how amazing they are. You will be among the fortunate folks tweeting about the words of those writers about to become big names.

12. it’s good to remember why you used to love to gather with writers, before everyone got strung up in the panic about recognition and reading fees and competing for the same gigs and the same fellowships and the same feature slots at the same readings and how we’re supposed to pay all our bills while trying to make a living doing this thing that we adore and need.

13. it’s good to attend at least one panel where most of the folks in the room are hostile to the kind of writing you do and you love. it gives you appreciation for the writing community you have developed back home, the one you were starting to get jaded about.

14. it’s ok to not end up being able to talk to the writer of the book that most recently turned your writing body inside out because she’s swamped with all the other writers whose writing bodies were also turned inside out by  her book, but you can still lean in and say thank you to her and she might look up and make eye contact with you and smile, and if it’s toward the middle of the conference you might already be so raw with creative longing that that smile breaks through the facade of super-confident/practically-blasé writer girl you thought you were wearing so well and you start to cry as soon as you walk out of the room.

16. it is good to say hello to the people on the street, to give some of your change to the women panhandling so they can get on the bus home, to the man outside the restaurant where all the writers are gathered over fat breakfasts. it’s good to talk to the man at the copy shop who is helping you to print out the pieces you’re going to take to that night’s poetry slam (which will end up overwhelming most of the straight undergraduates in the audience, given how explicitly these pieces evoke queer sex), who will tell you about his fifteen-year-old cousin who got shot in your hometown one day when all he was doing was getting off the bus, when all he was doing was trying to come home from school, on a day when fifteen people in that town were shot in unrelated incidents. you will tell him that you’re sorry for his loss and he will say, in my tradition, we think of death as more of a transition, he’s just become one of the ancestors, but it’s just a shame he didn’t get to materialize his potential in this realm.

17. it’s good to walk through all the smaller tables way at the back of the bookfair.

18. it is good to fall in love with all the poets — and it’s ok to feel a little pride and joy when, after your reading at the slam, the feature comes up to you and asks you if you’ve heard of Tara Hardy, because he could hear her influence in your work.

19. it is good to walk so much, back and forth from the train that takes you to the single hotel room you could afford on the other side of town that gives you that place to retreat, that your legs ache by the end of the conference. it’s ok to watch a terrible Tyler Perry movie while you come down from a reading, even though you’d had affirmed that day, over and over again, your own belief and experience, that linear narrative is a lie. Sometimes linear narrative is just the drug you need — just so long as you remember how to walk away from it, too.

20. it is ok not to go out to the bars, to go to the offsite readings, to try to do everything. it’s ok to walk around in the dark empty streets of the city, still ringing with everything you heard that day, everything you felt, feeling the words bubbling with pleasure and need under the skin of your fingers.

21. it is good to come home still singing inside, and still singed, the names of new beloved writers in your  mouth.

There’s more, but that more will come in future blog posts. Home now, I am still recovering. I am still reckoning with all I learned. I had one moment this weekend of I am never coming to one of these again, but now that I’m home, I’m trying to decide whether I can pull together the folks for a panel proposal for next year’s AWP in Los Angeles. I’ve got to follow up with all the wonderful folks I connected with at the Words for the Wounded panel, and I’ve got a workshop tonight, and another that begins on Wednesday — I’m wondering just how much of the wisdom and questioning I got to bear witness to in Minneapolis will push out through my mouth and into the writing room. We’ll see.

This entry was posted in Uncategorized and tagged AWP, AWP15. Bookmark the permalink.

3 responses to “singed: 21 things I learned at my first AWP conference”