meeting ourselves where we’re at 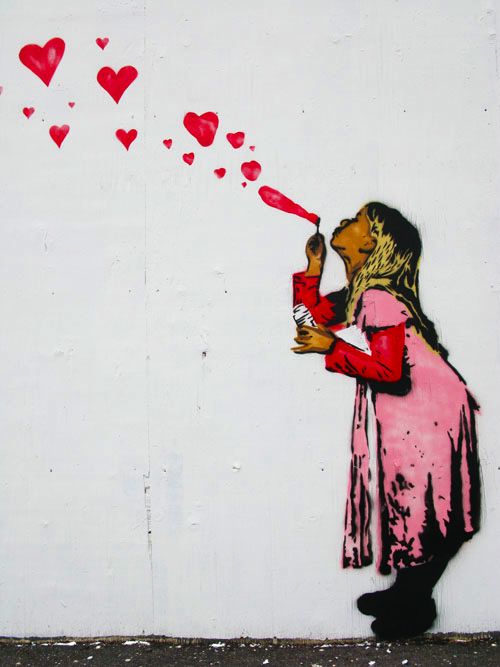 a bunch of love from me to FemmeCon2010

Good morning good morning.  It’s still morning, even though the sun is higher in the sky than I’d prefer it to be when I start my morning blog — I like it still to be down lost over the horizon, actually …

I’m taking it slow this morning, this week. After a super busy femme-conferencing, writing-the-flood-ing weekend, this week I’m on furlough from my day job at UCSF, which means I’ll only be working one job this week: writing ourselves whole.  It’s kind of blissful. I got to have a quiet evening in last night with my mr. hubby, eating leftovers and watching Men Who Stare At Goats (which actually I’d like to write about later: there’s a lot in there about masculinity, I think, about the damage our current constructions of masculinity do to men and boys (and…), about the work required to undo that/those constructions, and about how much work is required to hold on to what gets loosed/freed up — it’s a funny-ish movie, but also really sad).

This weekend was the Femme Conference, and I have way more to say about my experiences than I will probably get to today, but then main thing I want to get to is I’m grateful to every one of the organizers and every one of the attendees. FemmeCon, like any ostensibly-single-identity-focused space, is complicated and complicating, gorgeous, problematic and problematizing, and I’m so glad it exists.

If I had blogged on Saturday morning, this post would only have been about failure and loss — and now it’s about failure and loss and friends and hope and gratitude. On Friday I led an hour-long workshop for femme survivors in which I hoped we’d be able to write and then talk about how our femme selves intersect with our sexual-trauma-survivor selves, how each inflects the other, and how we navigate that terrain. In an hour. OK.

I got to sit in a room with a group of fierce femme writers — I wanted to hear every word they had to write and share. And after we got situated, got ourselves into a circle and introduced, and after I described the AWA workshop method that we’d be using to hold ourselves and one another as writers and artists, and the structure that we’d be using to keep one another safe, we had less than half an hour to write and share.  Goddamnit. And so, yes, everyone got to write, and not everyone got to share, and not everyone who wanted to got to give feedback on every piece of writing that was shared.

I felt like I’d tried to stuff a balloon into too-small a space, and it’d burst, deflated. We ran into the wall of the end of the hour just as we were really getting into our work, getting into the writing and the sharing and the conversation.  And yes, I know that that’s the bane of every conference workshop leader — conference timeslots are forever too short for the vast amounts of work we want to be able to do together.

I felt horrible, like I’d asked folks to open something profound and deep, and then tossed them back out into the stream of conference goers, all open and vulnerable and raw. The truth is that I hadn’t centered myself as much as I’d planned that morning, hadn’t reminded myself that we weren’t going to be able to do as much as I’d hoped we could do in our timeslot, and so I forgot to remind the attendees about that.  Not that we don’t all know that there’s never enough time, but still there’s something powerful in the acknowledgment — and, too, it helps us to make informed choices about how we write, how much of ourselves we open.

Now, I know that every survivor of every kind of trauma is resilient and creative and makes decisions every moment about how much of hirself to share and open into; everyone in the room made hir own best choices. And still, the truth is that I didn’t do what I wanted to do: hold a space where we could write, share and connect with one another through that writing and sharing.  We were too rushed because I didn’t plan well enough.  And I spent the rest of the day really, profoundly beating up on myself — way too much. Yes, of course: triggered. Look how you do damage to these other people. Who do you think you are to be doing this work? It didn’t matter that the evaluations were overall very good, that I received wonderful feedback from attendees, that folks said they were moved and grateful to have been able to be there (and, yes, would have preferred to have had more time). All I could hear was the self-beating in my own head.  Jesus, that’s hard to get away from.

I had to force myself to stay at the conference, to sit in my own shame (self-inflated, yes) and stay present.  I talked to friends, called the Mr., called my workshop-facilitator sister-colleague-friend Peggy, said how I was feeling.  And the fact that I could do that was profoundly useful: I didn’t stay alone in the shame-dip. (Is it every like that for you?  Like you’re sitting in the chair over the pool of shame and the parts of you that like to tell you terrible things about yourself are standing out in the carnival fairway with the balls in their hands, and they’re throwing them at the red circle with every repetition of the awful things you think about yourself, hitting hard and letting you fall into the sharp cold water below.) I stayed at the conference, sure that people were spreading the word about how irresponsible and awful the workshop was.  (Whew. Talk about spinning out.)

And then I went to the opening remarks and listened to one of the Femme Collective members, Jessica Eve Humphrey, talk about, among many other things, the truth about failing, and the importance of meeting folks where they’re at. She said we will fail, of course we will fail, but we will learn from these failures, and next time, we will fail better. (This from a Samuel Beckett quote.) We don’t have to fail in the same way every time.

Oh, right.  Learn from this, goddamnit, I said to myself.  Not so kind,  yet.  Not quite ready to pull out of the shame dip, to slip off the chair, to go sit on warm hay and dry off in the sun. But I got there, thanks to friends and meeting myself where I was at.  (Here’s the thing: we often have to meet ourselves where we’re at, too.  That’s part of radical self care.) And part of where I was at was overwhelm, not having had any down time or writing time all week.  So I took Saturday morning to write and process, to think about what had gone well (and there was lots that had gone well at Friday’s workshop!) and think about what could be different the next time I try to do something like that during a conference workshop. Then I went to this month’s Writing the Flood workshop and got to write with more powerful scribes, got to set up and have time and space for writing and sharing and snack breaks. Then, and here’s one of the greatest parts: I got to meet with my amazing sisterfemmequeergrrlfriend Alex Cafarelli and assist her with her fantastic number, Super Stud Muffin, at the FemmeCon’s phenomenal Saturday night show, Glitteratti.

I didn’t stay in the shame, but, too, I was present with it and (I hope) I learned. I sat in the fire, which is a concept that came to me some years ago while I was still a student at Goddard and, I think, a group of us were talking abut white privilege and the importance of being present with the truths of our own racist actions that arise out of our ignorance of white privilege (or, sometimes,are being willfully ignorant about): that, when someone tells us we’ve fucked up or that something we’ve done hurts them, we need to sit in the fire of our own reactions, be present with the truth, and learn.

Fail better next time: that means, no one does it perfect, ever. Don’t reach for perfection — reach for excellence; Jessica said that, too. Oh, yeah. Perfection is a trap, and often an excuse.

Sunday I went to the fantastic short-films screening* that Sarah Deragon curated, and got to break open again (again). Celestina Pearl’s film Las Mañanitas (The Little Tomorrows) started the tears: I wondered what it would have been like to be honest about my life with my own grandmothers. And then Indira Allegra’s Blue Covers** (again, again) pushed the tears out and clean: when I can do the work of remaining, the film says.  Yes, the work of remaining.  It’s not just during sex — remaining can take work at other times, too. This weekend I did the work of remaining, and I’m grateful for all the help I had in tethering myself in my present, not whirling off and out into endless shame spirals.

Later, I want to write about how hard it can be for me to be in all-femme space, and how grateful I am for the opportunity to learn how to be a girlfriend, like, sistergirlfriend, in these spaces. For someone who was kept from intimate connection like that during my teenage years and very early adulthood (again, more about this later), it’s so painful and difficult to try and learn as an adult how to be a ‘friend,’ and I can’t even find the language to describe the gratitude I have for the friends who walk with me anyway — I love you.

Thank you all so much for being there, and for reading — really, for all that you do.

*So many amazing films!  Seriously, check out this listing…

**If you haven’t seen Blue Covers yet, you need to.  Here’s what I told Indira this weekend:  I think anyone who’s ever been, is currently or ever will be partnered/lovers/sexual with someone who’s a survivor of sexual trauma or molestation needs to see this film — and any survivor, also, is likely to be profoundly affected.  Please find it and give yourself that gift.

4 responses to “meeting ourselves where we’re at”