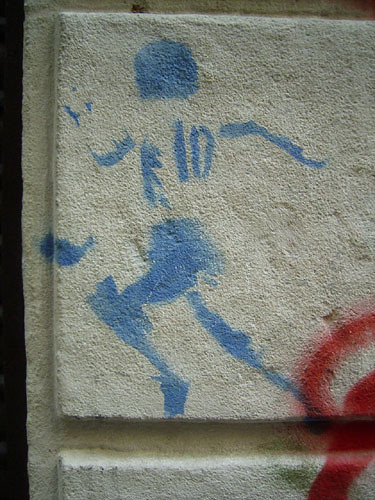 Good morning, good morning. It’s close to 7, and I’ve been at this writing since before 5, trying to get a handle on it, trying to find out what wants to be said. Now the sky is the color of fall — a smoky orange clouded with grey — and I’m still struggling.

Since Monday, I have been thinking about football and kids and our culture of violence. That’s when my sweetheart showed me the article in the New York Times about the latest “hazing” incident at a football town in New Jersey — several senior boys have been arrested for sexually violating freshman team members in a so-called initiation ritual or hazing ritual. I won’t include the details of the crime here; you can read more about the violations, elsewhere.

As I drove home last night after the Fearless Words writing group — sitting in circle with women sharing powerful and gorgeous and difficult stories of sexual harm and its aftermath — I made the mistake of listening to the news, where I heard that John Grisham thinks men should be free to view child pornography as long as they’re older and middle or upper class and have had a little wine and went online and oops! I just landed on that child porn page! How did that happen? It was an accident, he says, one that certainly shouldn’t be punished with jail time.

So I need some help today.

This morning I’m left feeling fully outside of this country, or maybe human race, I inhabit. Even though I have been through the initiation rites for womanhood (humiliation, violation, shaming, hostility, street harassment), I still feel like an outsider — and I have no interest in doing to others what has been done to me. What is it that calls us to want to violate others? What is it that, in the case of fraternity or sorority pledges, calls us to choose violation in order to prove ourselves worthy of acceptance? What in a person is willing to teach a child, directly or through lack of action, that their violation is acceptable? Who are the adults who make space for the hazing rituals so common on sports teams or bands or Greek communities or other bonded groups?

What I want to know is where these kids learned that sexually violating their teammates was a fun thing to do, a way to bring new members into the fold, a passing on, I can only assume, of what was done to them — either in the locker room or elsewhere.

Who decides that, yes, this will be our rite of welcome, our ceremony of shame. If you want to be one of us, you have to submit to this violation — otherwise we will know that you don’t really mean it, you don’t have what it takes, you aren’t tough enough. Are these the rings we force our boys to jump through in order to become men?

Awhile ago, last fall, I wrote about the gauntlet that girls have to learn to pass through in order to inhabit adult womanhood: the way we female-gendered folks have to thicken our skin just so that we can walk out the door into the catcalls and appraising looks and voices yelling at us from cars and sidewalks and in the school hallway and even at home, telling us how we should be and what they want from us and what they want to do to us and what we ought to be to them. But what’s on the other side of that gauntlet? It’s the training that male-gendered folks receive in order to inhabit American manhood, the training that says, ‘If you want to be one of us, you have to be able to dish this out. You have to be able to demoralize and terrorize. You have to be able to take the violence into your body so that you can give it to others.” We dehumanize our boys, and then stand back with our hands over our mouths in astonishment when they are paraded before us in handcuffs having acted just as we trained them to.

“the imposition of strenuous, often humiliating tasks as part of a program of rigorous physical training and initiation; humiliating and sometimes dangerous initiation rituals, esp. as imposed on college students seeking membership to a fraternity or sorority.” That’s how my dictionary defines hazing — the focus being on initiation and humiliation.

humiliate means to make someone feel ashamed and foolish by injuring their dignity and self respect, especially publicly.

The community of Sayreville, NJ, was “divided” after the story broke about the sexual assault of young players. Divided because of what the sudden attention to this violence might mean for the football team, for the football season. What does it say about us as a culture that we will rally to the defense of assailants and violators just to ensure that the game doesn’t go away? The game, of course, being bigger than football — but about American masculinity

(Hazing and other rituals of humiliation, of course, aren’t only practiced by historically male or masculine institutions— plenty of girls and women have been harmed by hazing activities —there’s the story of older sorority sisters forcing pledges to strip and then circling each one and, using a sharpie marker, marking places on the girls’ bodies that aren’t up to sorority standards, circling places of fat or flab that the older sisters want to see gone. But women like to inflict violence, too — maybe it’s in an attempt to be seen as as good as the guys — we can take it too, you know. Women’s soccer has had a number of hazing incidents come to light recently, and women have reported being encouraged or forced to drink to excess (sometimes to the point of alcohol poisoning) or sexually humiliated or violated during sorority hazing rituals. So, this isn’t simply a boy problem.)

There’s a larger issue here, and it’s this idea that we have to subjugate, prostrate, ourselves to those in power in order to be accepted. We want to be part of the team, part of the group, part of the community. We want to be welcomed and accepted. And so we accept being “put through our paces.” This is the price of acceptance, we’re told — this is what everyone goes through to get in. A gang is a gang is a gang — and if you want to be in the gang, you have to take the beating. We know what the connections and community can do for us if we are part of a good sorority or fraternity — it can get us our jobs, our very livelihood. Why would we risk that just to call out the hazing that we endured and that we are then forced or encouraged to inflict — or witness being inflicted — on others? Why would we risk our sense of belonging, and our sense of being more or better than those who don’t belong?

So I have these questions. I’ve never been through any hazing rituals myself — my stepfather wouldn’t allow me to pledge either of the coed fraternities I spent time around as an undergrad; I can only imagine that he was, probably rightfully, afraid of what the camaraderie and sense of brotherhood/sisterhood might do to undermine his hold on me. I didn’t participate in any secret societies on campus (I was invited to join one after I graduated, but never went through any of their initiation rituals — I guess I can’t imagine that they would have been violent or humiliating, but why not?)

Why does initiation into a new community have to be synonymous with humiliation? Why do we have to break someone down socially and internally, in order to find them worthy of welcome into our institutions (military, sports, and other various closed societies)? Why do we accept this?

One article states “Given how widespread hazing is, it cannot be eliminated. And nor should it be – so long as it’s all in good fun, it’s not dangerous and the participants are willing. However, it should be carefully monitored and contained, particularly at the high school level.”

My question is why it’s “all in good fun” to humiliate our — well, anyone. Why does it make us feel good? Is it because we have power? In humiliating and violating someone else, are we “taking back” some of the power that was taken from us when we were hazed? Is that part of it? We earned the right to harm someone else after we went through it ourselves. It’s part of the privilege of power–the worst sort of pyramid scheme.

Would we feel less bonded to one another if we were invited to connect differently? If, as a part of joining any new community, we were given the opportunity to participate in something beautiful? I can see you (or maybe not you, but someone reading this over your shoulder) rolling your eyes at my pollyannaish question. But I’m stuck here. Our kids learn they have to suffer violently, but they also learn that they will get to inflict violent suffering. And that is the culture that we live in. Sure, we went through it — didn’t hurt us! Only made us stronger! Now you take it —  and we pass it on to our kids and tell them to toughen up and learn to be a man.

I feel afraid today — about all of this, how deeply ingrained this mentality is in American culture.

And I’m wondering what would happen if we boycotted all of the institutions that harm our children? Or, let’s get more specific so that we don’t have to boycott everything — what if we just held accountable all of the institutions that sexually violated our children. What if we didn’t participate in their programming, what if we held our kids out of their reach until they were made safe? Football, I think we can safely say, would suddenly have no players. Nor baseball. Nor soccer. Nor boy scouts.  Nor the catholic church. Nor some preschools. Nor some elementary schools, secondary schools, colleges. Of course, we’d have to boycott family, too, wouldn’t we? And then where are we? It’s a philosophical quandary, of course, except that it’s real human lives, real children’s bodies, we’re dealing with.

One response to “haze”