beginning to write back into the fragments I’ve become 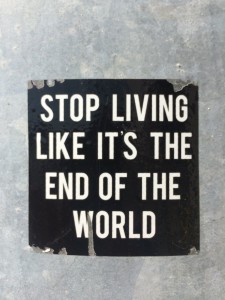 Do you ever feel like you can never do enough, write enough, organize enough, say enough, be enough? The help I need is not available in the idea of “enough,” but I keep on searching there. I wrote for an hour this morning, trying to find my way back into this blog, trying to find my way into the ideas that are pinballing around inside my body, trying to push out, trying to ring all the right bells and push past the paddles of worry and panic and loss and hopelessness. This is what this morning’s writing looked like:

This is the morning writing and I will just say it. I read the books about women falling apart, looking to community to hold them up — but these are books about women with a community to hold them up, women who had the capacity to allow community in in the first place. Where’s the book about the woman who was traumatized in such a way that she can’t let most people get actually close to her so has no one to stop by and see when she is curled up on the rug for hours, trying to remember why it matters that she get up? We do this slow work together of writing and kindness and generosity, and all around us, people are beating each other into the ground, then standing up, brushing off (those who can) and walking back out onto the playing field. What would our professional sports teams look like if all those who had been given tacit permission to beat and batter those in their personal lives had to suffer professional consequences for their actions? What would our offices and governments look like, for that matter?

We as a society have followed the bifurcated logic of the abuser for centuries — what someone does at home is nobody’s business, and has no impact on their professional work, or the work they do out in the community. I trained myself to believe this logic, eventually too afraid to call the police about my stepfather, for so many reasons, but also somehow certain that he was probably doing good work with his psychotherapy clients, and so I shouldn’t RUIN THINGS FOR THEM BY TURNING HIM INTO THE AUTHORITIES FOR CHILD ABUSE. Yikes. What is this twisted logic? Alice Walker says, “Deliver me from writers who say the way they live doesn’t matter. I’m not sure a bad person can write a good book. If art doesn’t make us better, then what on earth is it for?”

If football players are sanctioned for their violence towards partners and children, why not also politicians, businessmen, therapists, college students? Usually it’s only the partner, the abused person, who has to suffer professional consequences of abuse, in the form of harassment and stalking and/or lost job time, lost wages, and poor performance brought on by depression, hyper-vigilance, terror. I had something I wanted to say about this. The words fill me up but this month I have been doing everything else but writing. I have been in my own history, with family now, watching our old patterns play out on the skin of this new life. I turn on the tv only to be assaulted with videos of assaults — I managed to avoid seeing the ray rice video, replayed endlessly not simply to indict him but don’t you think also to indict and shame her? Still, last night I was treated to an extended and replayed video of a brawl at a 49ers football game, people punching each other in the stands, leaving the stairs they were battling on covered in blood. This isn’t a movie or a video game, it’s a real fight  that somebody took the time to stand back and video and then share with the media. I turn off the tv. I turn off social media so as to avoid seeing videos of men punching girlfriends in elevators, to avoid the endless victim-blaming conversations about what is the matter with these women that they stay with these guys?, to avoid images of a young boy’s scarred-up backside, to avoid seeing and hearing things I can’t unsee or unhear.

I turn off NPR, now, because of their insistence on playing recordings of people being assaulted, raped, and murdered. NPR, for goodness’ sake. It’s like someone in their newsroom decided they weren’t getting enough of that market share that longs to be confronted with the sounds of actual visceral terror, and so they ought to try and be more like Fox News in this way, and push these auditory images on us without warning.

And now suddenly our culture wants to say they hold men accountable for their violence toward women, partners, children. If only that were true. I suppose I should be grateful for these small steps. They say we’re supposed to be grateful. I will believe that we actually care about the impact of partner violence when businesspeople are sanctioned after assaulting their girlfriends in elevators. And, of course, we don’t just need professional consequences for bad personal behavior, we need a whole and complete cultural renewal: just firing people who abuse isn’t going to solve the problem (but, gosh, it would be satisfying to look at football teams and boardrooms half-empty because the rapists and child violators and wife beaters have been removed) — still, then what? Don’t you think it’s possible that the woman Ray Rice (and I am so irritated that I even have to know this guy’s name and am repeating it here) assaulted is now suffering further consequences at home because he’s being held accountable for his actions out in the world? The conversation has to be bigger than this.

I want to cheer about how fantastic it is that maybe now child molesters might not get promoted (to, say, board chair, or company vice president, or bishop), but I think we’re a long way off from that. It’s easy to take action on a crime when there’s a video that’s released to the world — though, as we all know by now, even having video evidence doesn’t even assure justice; the NFL didn’t take any action against Rice until the video was released to the public. Public outcry matters — and even then, just as at Penn State after Sandusky and Paterno were removed (and still today!), we saw fans coming out in support of the batterer.

And what do I want to say about this anyway? That I feel sad and scared and defeated. That it seems the violence is escalating all around us. That I want to believe that there is positive change, but am flattened by the news, the commentaries, the violence, the reminders that 70% of Americans still believe corporal punishment of children is ok, that if we were beaten or switched or whooped as children that we ought to be able to do the same to our own kids, that the USA is only one of three nations (the others are Somalia and South Sudan) that hasn’t ratified the UN’s Convention on the Rights of the Child…

After an hour, I stopped writing, and turned to the morning tasks. I fed the dog, helped get a boy’s lunch together, helped prep a boy’s breakfast — then, when that boy and his mama were off to school, the pup and I got in the car and drove to buy the flour I’d need to spend the day baking bread — tomorrow is the official book launch for Sex Still Spoken Here, and so I am preparing to deliver the homemade bread (and custom writing prompts!) that some of our Indiegogo donors requested. So far, the first loaves are readying to go into the oven, and the second batch has just started its first rise.

I consider it an especially good day when I’ve had time to bake one loaf of bread from scratch — so what a gift it’s going to be, to have had space to bake eight.

Today I need help with long term hope. Today I want to stop living like it’s the end of the world. This weekend, at the self care workshop I facilitated at the Power of Words conference, one of the participants suggested that we go around the circle of twenty or so attendees and just say one thing we do to take care of ourselves. Today I am taking all of those good ideas into my heart, as I work to replenish a well that has gone altogether too dry. I turn to baking and therapy and writing practice. I turn to green tea and playing catch with the pup. I turn to the hummingbirds in the passionflower and monarchs just beginning to arrive here from the midwest.